Mountain lion family caught on video in mountains above Glendora 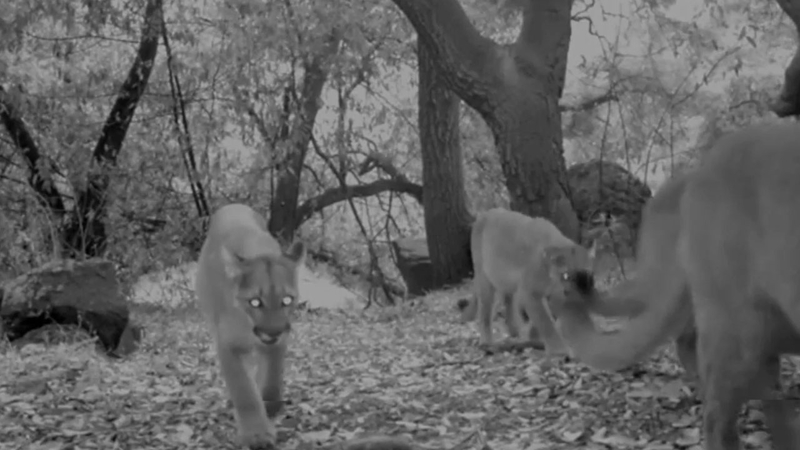 Mountain lion family caught on video in mountains above Glendora

It's the first time the cameras Robert Martinez put up has captured four lions together.

"I was checking my memory card and when I first saw four lions, I thought I was seeing things," Martinez said. "When I realized it was four lions, I definitely jumped up and became way more aware and couldn't believe that four cats were just there."

Martinez checked the camera on Sunday, two days after the cats came by. The camera senses an animals' movements and body heat and begins recording. In the past, he has documented bears on the run or scratching an itch against a tree.

In the last two weeks, a bobcat roamed the area, an older female lion passed by and a male lion, Martinez has seen before, was recorded at night.

Trying to record the mountain lions in their habitat has become his obsession.

"I just want to see these beautiful creatures that roam the mountains when I'm gone and raise awareness, and hopefully protect them, keep their legacy going and keep Prop 117 in place forever, which is the ban on mountain lion hunting in California," Martinez said.

He has yet to come face-to-face with any of the animals he has recorded, but says he hopes to see the four mountain lions together again, either on video or in person from a safe distance.