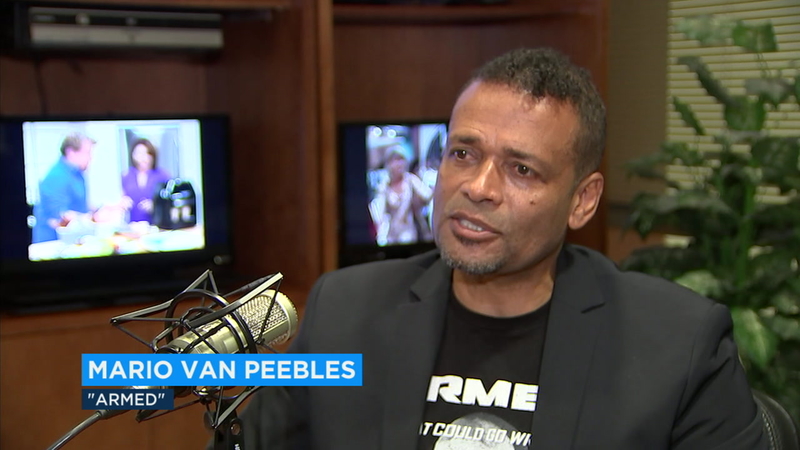 He plays a character named Chief who is a former U.S. Marshal struggling from post-traumatic stress disorder.

"He's a good guy but he's got a skewed sense of reality," said Van Peebles of his role.

In the action-packed movie, Chief leads his team of undercover agents on a raid that goes horribly wrong and years later they realize they're all suffering from the same symptoms.

Chief gives the agents seven days to figure out what or who is messing with their minds. "What can go wrong does go wrong," Said Van Peebles.

"Armed" is based on real stories, and before the film is over, you'll see statistics of gun violence in America.

Confident in his vision, Van Peebles spent years researching for this film. "It's entertaining, but it's definitely going to make people think a little bit," said Van Peebles while wearing a "Make America Think Again" hat.

"Armed" is now playing at the TLC Chinese Theater and you can stream it online.