In the new live-action version of Disney's 'Mulan', actor Jimmy Wong works with legends Jet Li, Donnie Yen, Gong Li on the biggest movie of career; as he fights back against Asian stereotypes.
OTRC
By George Pennacchio 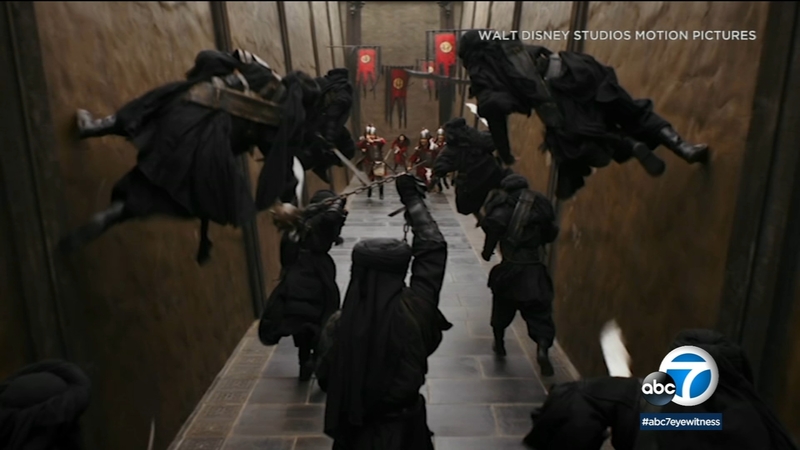 HOLLYWOOD -- Jimmy Wong is an actor, host, chef, gamer, singer, songwriter... and now, proud to be one of the stars of the live-action "Mulan."

To borrow a phrase from another Disney movie, for Wong, it's now "a whole new world."

"I think the most people I've ever seen on set before this was like 50 to 60," said Wong. "And getting on set and then you have 200 just extras- definitely shows you how big this was in comparison."

Wong says being in "Mulan" is the biggest movie break of his 10 year career. And he was able to spend time on the set with the likes of legends like Jet Li, Donnie Yen, and Gong Li.

"Gong Li, I'd say is the equivalent of Angelina Jolie in China, like, that is the level that she's at," said Wong. "And Donnie and Jet are both living legends in their own right."

Wong is playing the role of Ling, a character first featured in the original "Mulan."

But he's also a warrior. And that meant eight weeks of training for this young actor... to help become part of a tight-knit group. And he loved it!

"That was a huge part of what made it really special is I got to re-create all the, like, backyard fights that my brother and I would have when we would, you know, raise pool cues again each other and pretend to be Samurai or warriors or whatever," said Wong. "But now, I got to do it for real and in, like, a professional, controlled setting."

With "Mulan," Wong is particularly happy to see Asians in roles that aren't stereotypes. After hearing President Trump refer to the coronavirus by other names, Wong turned to his music to write a song called "The Chinese Virus." He believes Asians had become scapegoats.

"When I put out that song, it was right after our President started using China virus, Chinese Virus, Wuhan flu, all of these very targeted words for COVID-19. And as a result, we were seeing a global uptick in racist attacks against Asians," said Wong.

Wong will next use his voice playing a college student with a new pal in the animated family film, "Wish Dragon." But first, he's going to enjoy this "Mulan" moment. And he hopes you will do- even if the pandemic has changed the way we'll be watching it.

"I think parents will love to have an excuse to have a family night where they could all sit down and enjoy something together!" said Wong.