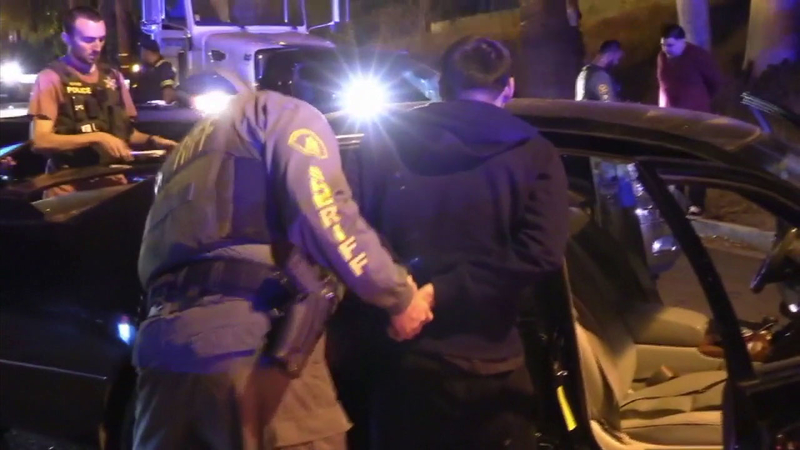 Multiple agencies crack down on street racing in Inland Empire

RIVERSIDE, Calif. (KABC) -- Multiple law enforcement agencies cracked down on illegal street racing as drivers were cited or arrested and had their vehicles towed in Moreno Valley and Riverside.

The crackdown happened Saturday night in the area, where a car meet-up was happening. Concerned citizens called 911 to report the group of people traveling into Perris and then Jurupa Valley in the area of Agua Mansa Road.

There were many officers and deputies from different agencies that responded to the location, where they detained about 400 people and 250 vehicles.

Authorities also spent hours looking over the cars and checking for any illegal modifications on them. Every spectator and participant was checked before leaving and several vehicles were towed away.

Several arrests were misdemeanors for driving under the influence, exhibition of speed, reckless driving and unlicensed driving. Forty-one traffic citations were issued for equipment related and other vehicle code violations.