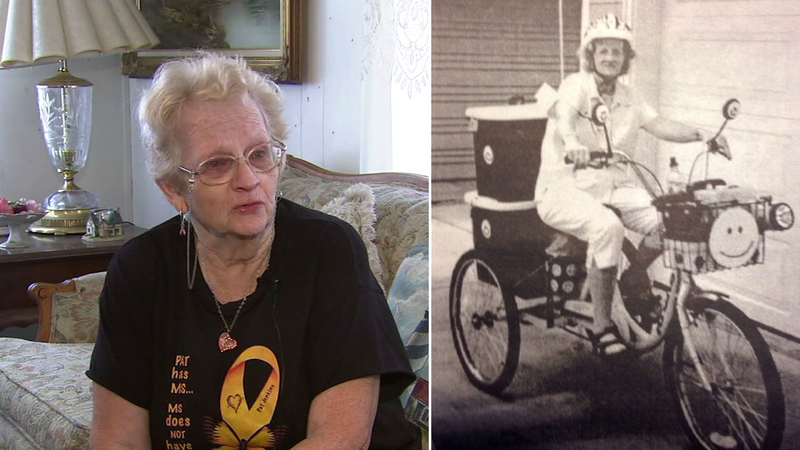 ANAHEIM, Calif. (KABC) -- A 67-year-old woman with multiple sclerosis is asking the public for help to find her adult-sized tricycle that was stolen.

Pat Jenkins rode her tricycle for 14 years and had it locked up right outside of her door. She said she never had a problem until the beginning of this week.

"I went out in the morning and the bike was pulled away from the railing. It's normally right up against the railing, so I knew someone had moved it, but I really didn't think much of it," she said. "Two days later, I went out and it was gone when I went to take the trash out at nine in the morning."

Jenkins told Eyewitness News about her stolen bike using the #abc7eyewitness. She said she filed a police report with the Anaheim Police Department.

When she rode her bike, she could easily put in 10 miles each day running errands, she said. She once rode it 6 miles to the Honda Center for a pep rally for her favorite sports team - the Anaheim Ducks.