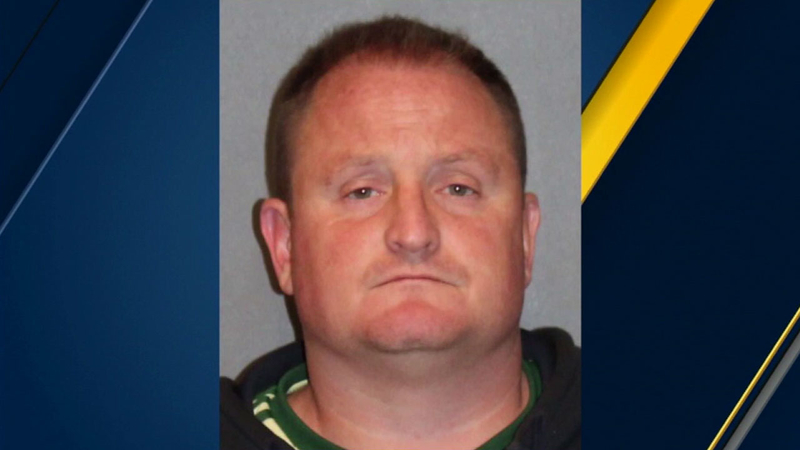 SANTA ANA, Calif. -- A Southern California man says he killed two women with a meat cleaver after a New Year's Eve party while his wife and son waited in a car outside.

Ireland is charged with the Jan. 1, 2017 murders of Yolanda Holtrey, 59, and Michelle Luke, 49, and with setting fire to Holtrey's Westminster home to destroy evidence. He could face life in prison if convicted.

Ireland's wife worked with Holtrey and Luke at a department store.

Ireland said the killings occurred after Holtrey caught him having sex with Luke while Ireland's wife and 11-year-old son were in a car parked outside, waiting for Ireland to leave.

Ireland testified that he killed the women after they attacked him, Holtrey with the cleaver and later Luke with a kettlebell.

A Huntington Beach man was arrested after the bodies of two women were found in Newport Beach following a house fire in Westminster.

Ireland said he returned to his car, drove his family home, then hours later drove back to Holtrey's home and set it on fire.

Surveillance cameras outside the home captured Ireland, who wore a mask, trying to clean up the scene and dragging the women's bodies to his car trunk before setting fire to the home. Ireland said he dumped the bodies in a wooded area in Newport Beach.

A man who was renting a room in the home woke up to smoke and called 911.

Ireland denied that he moved the bodies and set fire to the home to destroy evidence.

"The whole scene had to go away, it was horrific," he said. "The only way I could describe it is a nightmare, and I just wanted it to not exist anymore."