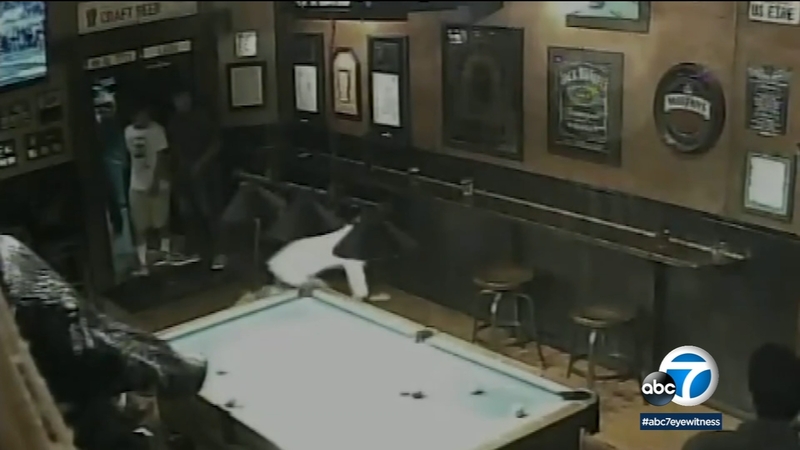 Sheriff's deputy at center of misconduct hearing takes the stand

SANTA ANA, Calif. (KABC) -- The Orange County sheriff's deputy at the center of a public defender's argument to throw out a murder case against her client took the stand on Tuesday, under immunity, responding to the allegations made against him.

Deputy Victor Valdez testified he did not order confidential informant Adriean Vasquez to inject murder suspect Craig Tanber with heroin. But, he did testify he knew Vasquez, a known heroin addict, was out looking for the drug before entering a hotel room with Tanber.

Valdez answered questions from public defender Alisha Montoro after he was granted "use immunity" from the district attorney's office. Last week, he took the fifth.

This hearing stems for the murder of 22-year-old Shayan Mazroei in 2015 outside Patsy's Irish Pub in Laguna Niguel. The crime was caught on surveillance video.

What's in question during this hearing is what happened the night suspected killer and known white supremacist gang member Tanber was arrested at a Motel 6 in Westminster.

Tanber's public defender, Montoro, is asking a judge to toss out the murder charges due to what she calls outrageous government misconduct. She alleges Valdez ordered Vasquez to shoot Tanber up so he'd be easier to capture. Vasquez is also the mother of Tanber's child.

Montoro also alleges the deputy and the informant had an inappropriate sexual relationship.

Valdez testified that he gave the informant $300 to get a hotel room, potentially for a few nights, to lure Tanber there. Valdez told the court Vasquez then left the Motel 6 and told him she was out looking for heroin. He testified he was OK with it, because the plan did not call for her to come back into the hotel room with Tanber.

But, Vasquez did go back into the room, Valdez says, against his advisement. When asked if the informant told him that she had shot Tanber up with heroin, Valdez said he could not recall.

Valdez testified Vasquez was in the room alone with Tanber for more than five hours. After he received a text that the suspect was asleep, that is when deputies moved in.

As for the alleged inappropriate sexual relationship, Valdez denied that too. He told the defense Vasquez did send him sexual texts and explicit photos, but he said he never asked for them. He also said he did not tell her to stop.

It was also alleged that he told the informant to refer to him as "daddy." Valdez testified that she did call him "daddy," but claims it was so the other people she was hanging out with wouldn't know she was speaking to a law enforcement officer.

Valdez admitted he knew Vasquez had issues with heroin and an extensive criminal history, but denies ever supplying her with any drugs, as was alleged. He also explained he would notify her of law enforcement activity, so she would avoid getting arrested.

Valdez was criminally investigated by OCSD investigators for his relationship with Vasquez, for failing to properly book evidence and for secretly recording telephone calls with two prosecutors. The DA's office declined to file charges against him. An internal investigation by OCSD resulted in him being docked about a month's pay.

Vasquez took the stand briefly on Wednesday, then again on Friday of last week. What she testified to on Friday is a mystery for now. The judge barred the public from the courtroom at her request. She says she fears for her safety.

Mazroei's family is pleading for justice to be served soon. They don't understand how the case turned into this.