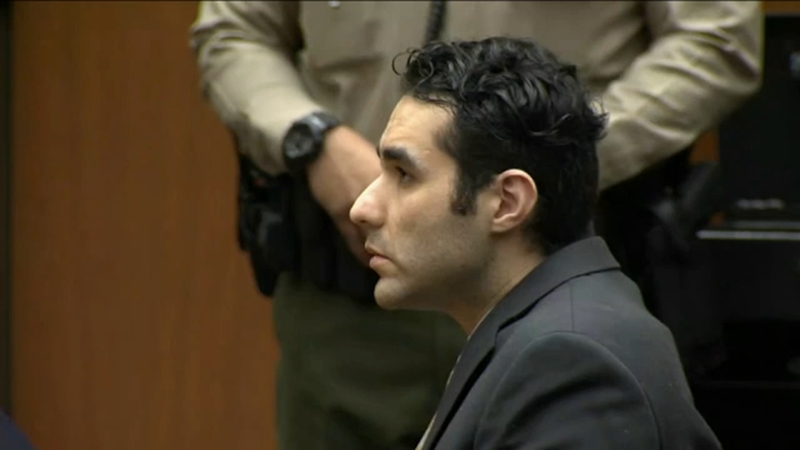 The judge warned the audience he would not tolerate any outbursts once the verdict was read. Weeping could be heard from the victim's family.

Following the verdict, the victim's mother said she accepts the verdict, though she was hoping for a first-degree murder conviction.
EMBED More News Videos

Rodriguez was shot outside of a Pomona nightclub in March 2015 by Solis. At the time, Solis was a probationary LAPD officer.

Shortly after the shooting, Solis' father drove him to El Paso, Texas, that's where Solis crossed into Mexico. Solis was later arrested by Mexican authorities and sent back to Southern California.

During the trial, Solis' attorney put up a self-defense case. That incensed the family, who after Wednesday's verdict says they're angry that Rodriguez was portrayed as a bad man.

The jury deliberated for about two days before reaching a verdict.
EMBED More News Videos

Former LAPD officer Henry Solis, who is wanted in connection to the March murder of Salome Rodriguez Jr. in Pomona, has been arrested in Mexico, Eyewitness News has learned.

Nearly five years after the murder, Solis was found guilty of second-degree murder with a gun enhancement.

"We're family of prayers and we prayed, and we believed in God and Junior. Today, I prayed to him and the Virgin Mary, and it was happy news," said Lidia Rodriguez, the victim's mother.

"Henry Solis is a good person. He spent years serving the country honorably, would have made a terrific peace officer. Unfortunately, this event occurred and derailed his plans," said Bradley Brunon, Solis' attorney.