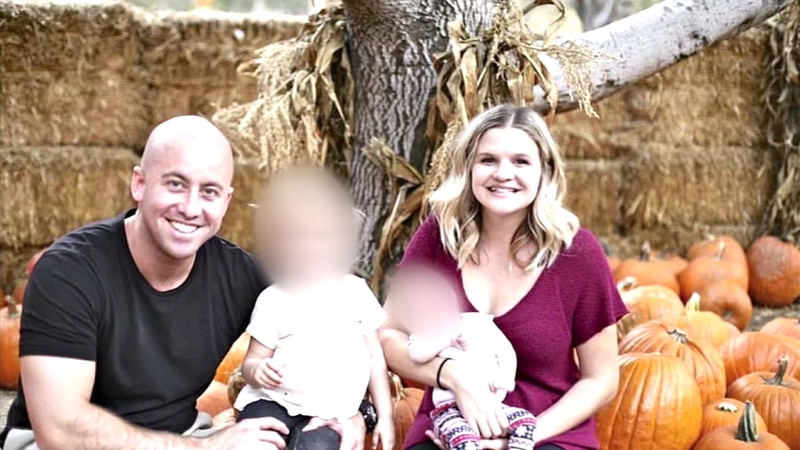 LONG BEACH, Calif. (KABC) -- Police were investigating what they believe is a murder-suicide involving a young married couple found shot to death in their Long Beach home, with their children just steps away from it all.

What appeared to be a young happy family has been shattered by domestic violence.

Two little girls are left orphans after a South Gate police officer and his wife are found dead.

Police were called to the couple's Long Beach condo around 10 p.m. Monday night after neighbors heard them arguing -- then gunfire.

Investigators said 22-year-old Greta Kurian and her husband, 25-year-old Kyle Kurian, both died from single gunshot wounds to the upper body. Police said the police officer is to blame.

A handgun was found at the scene, along with the couple's infant and toddler daughters, who were unharmed.

Greta's former co-workers at Malarkey's Grill were stunned by the violence, saying she always had a smile on her face.

Kyle had just recently joined the South Gate Police Department after leaving the LAPD's Southwest Station, according to his Facebook page.

Family and friends were now struggling to comprehend the shocking tragedy and the devastating loss for two little girls.

"I feel sorry for the kids, yeah. Who knows if the parents were around or what they're going to do next, that's probably the saddest part," one neighbor said.