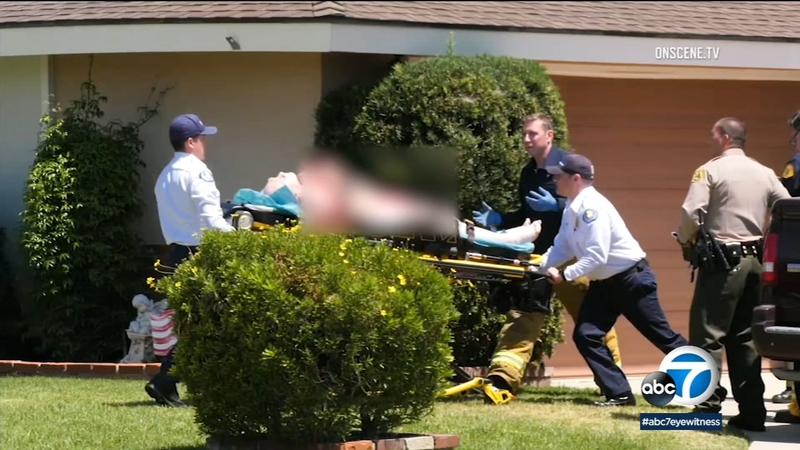 SOUTH WHITTIER, Calif. (KABC) -- An investigation is underway after an 83-year-old woman was found dead and a man critically injured in a murder-suicide attempt in South Whittier Saturday, according to authorities.

The Los Angeles County Sheriff's Department was called to a home in the 14500 block of Allegan Street at about 11:22 a.m.

Deputies said both the woman and the male suspect, who they say is her 89-year-old husband, both had stab wounds to the upper torso. Investigators say he stabbed her to death and then turned the knife on himself.

Authorities said it was the couple's daughter, who served as their caretaker, who walked in the home and found them in their bedroom Saturday morning.

Neighbors say the couple lived on the street for nearly 60 years, both of them wheelchair-bound with serious health challenges.

The woman was pronounced dead at the scene and the man was transported to the hospital in critical condition.