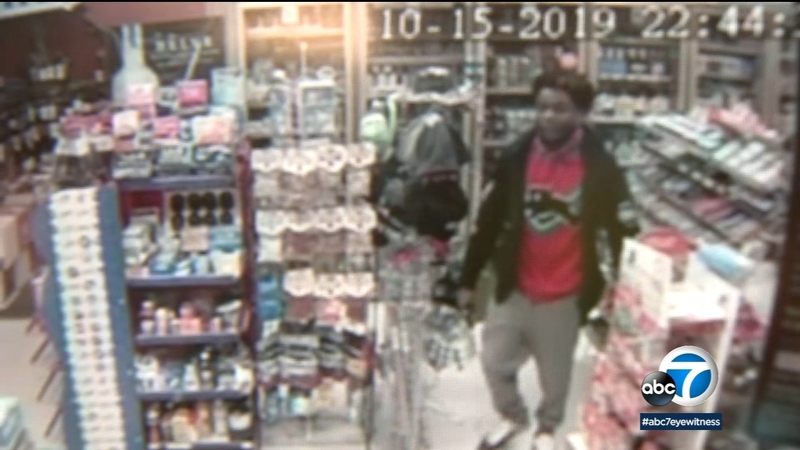 SHERMAN OAKS, LOS ANGELES (KABC) -- A suspect in a murder and an armed robbery was shot and killed Wednesday morning in a confrontation with Los Angeles police in Sherman Oaks.

The suspect, who has not been identified, was believed to have killed a maintenance worker in the 14600 block of Burbank Boulevard on Monday.

Then on Tuesday night, he was believed to have robbed a liquor store at Kester Avenue and Burbank Boulevard.

The robbery was captured on video and store owner Tarangit Singh described the incident to Eyewitness News. The man came in and started grabbing items, he said.

"He pointed a gun at me and told me I'm gonna shoot you," Singh recalled. "I told him do whatever you want, just leave my store. And he just walked away."

Update on the LAPD Officer-Involved Shooting in Sherman Oaks https://t.co/Gvwosb2thf

Detectives investigated the murder and robbery and were conducting surveillance on a potential suspect Wednesday morning at an apartment building in the area of Kester and Burbank. They attempted to take him into custody "and it simply went really bad," said LAPD Sgt. Barry Montgomery.

An officer-involved shooting occurred and paramedics later pronounced the suspect dead at the scene. No officers were injured. A gun was recovered at the scene. It was not immediately known if the suspect had fired his weapon at the officers.

The suspect is described as a Van Nuys resident.

Police closed off streets in the area as they investigated.

There has been an Officer-Involved Shooting in Sherman Oaks, in the area of Kester Ave and Burbank Blvd. A Public Information Officer is responding to the scene and we will provide more details as they become available.