Immigration debate rages on in Murrieta 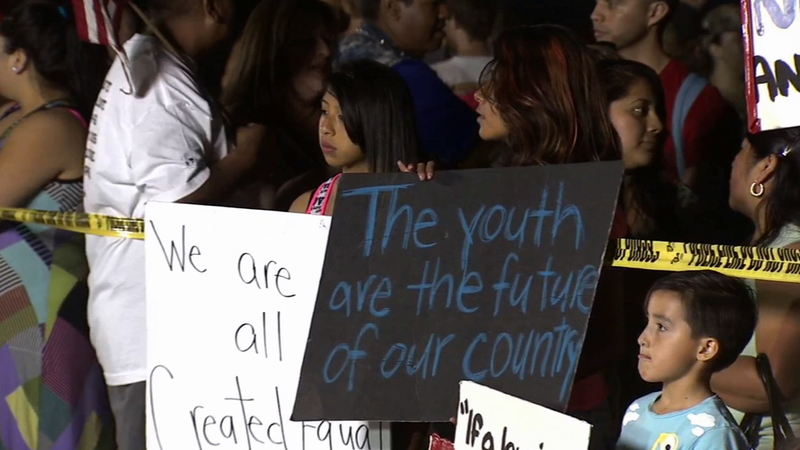 Immigration debate rages on in Murrieta

MURRIETA, Calif. (KABC) -- At least three people were arrested in Murrieta Friday, as tensions ran high between two groups of protesters clashing over the busing of undocumented immigrants to an area Border Patrol facility.

Federal officials said earlier this week they planned to bus undocumented immigrants to the Murrieta facility for processing this weekend, sparking protests. A bus arrived Friday night to a Border Patrol station in San Ysidro in San Diego, but it is unclear if the occupants will continue the trip to Murrieta.

Some protesters spent the previous night waiting, not knowing when or if the bus would arrive. As the sun rose, the crowd only got more vocal.

One person was arrested for allegedly obstructing a police officer. By lunchtime, things appeared to be getting a little out of hand. So police divided the crowd.

But even with law enforcement in the middle, there was still plenty of yelling.

By 11 p.m., protesters on both sides were still going strong.

And while it may be an exercise of First Amendment rights, some feel that a lot of it is a waste of time.

"You've got people chanting ignorant slogans back and forth, no one's really listening, there's not really a dialogue, and so that's unfortunate," said Temecula resident Jeremy Oliver.