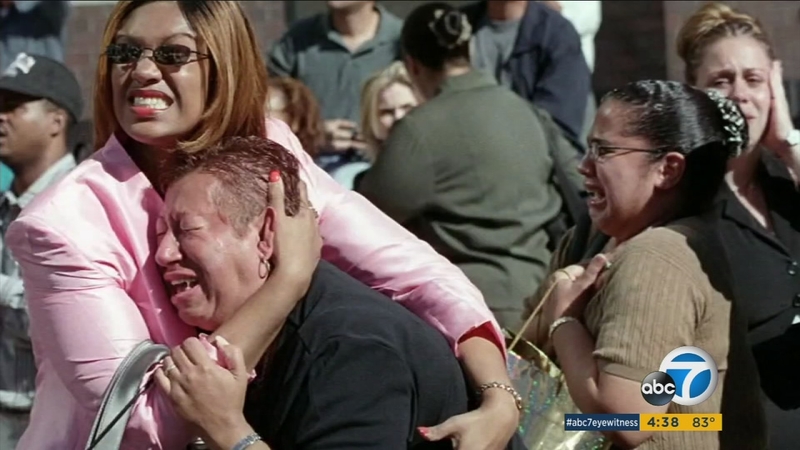 CORONA, Calif. (KABC) -- A new study found that the number of hate crimes against Muslims increased by a staggering number in 2015, and some say relentless negative speech in the presidential election is encouraging the crimes.

Donald Trump has pushed for what he calls "extreme vetting of immigrants," especially from Muslim countries, in the wake of the bombings in New Jersey and New York. It's rhetoric like this from the campaign trail and recurring terror attacks on U.S. soil that researchers say is fueling a backlash against Muslim-Americans.

A new study out this week said the number of hate-related crimes against Muslims increased 78 percent in 2015.

Professor Brian Levin with the Center for the Study of Hate and Extremism authored the report.

The non-partisan report was gathered from law enforcement data taken from 20 states. Levin said the terror attack in San Bernardino when compared with historic post-9/11 data is telling.

"We saw a spike after these terror attack in 9/11, as well as San Bernardino. But when President Bush spoke of tolerance, hate crimes declined sharply. When Donald Trump spoke on banning Muslims and suspicion of Sharia law, hate crimes went up even more."

While the trend is alarming for members of the Muslim community, it doesn't come as a surprise.

Hussar Ayloush, with the Council on American-Islam Relations, said his organization was working to build in roads in the community with public outreach campaigns.

"Our biggest problem is ignorance," Ayloush said. "People fear what they don't know."

But he said negative rhetoric from political leaders is having a big impact on how the community is perceived, and that it also puts all Americans at risk.

"Groups like ISIS are looking at our reaction, and they are using comments and reactions made by people like Donald Trump to actually recruit more people to try to make the point, 'we told you so.' They hate Islam, they are against Islam," Ayloush added.

Levin said it is so important how U.S. leaders choose to react in the wake of terror attacks at home and abroad.