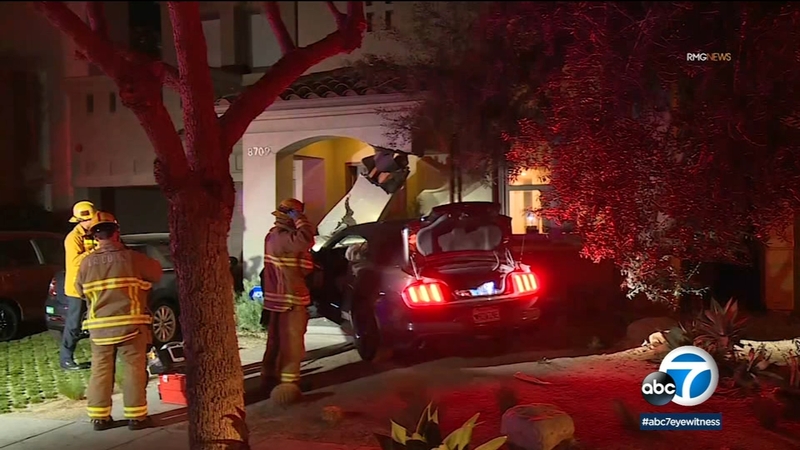 WEST HOLLYWOOD, Calif. (KABC) -- If you feel nervous every time you leave your keys with a valet, this might not make you feel any better.

A Mustang, apparently driven by a valet from a nearby business, ended up in a smashed-up wreck against the front of a house in West Hollywood, officials say.

Video from the scene shows the muscle car lodged in the outside front entranceway of the home, after taking out an exterior column. The front of the car suffered extensive damage.

Officials say there is no indication of DUI.

The incident happened Wednesday night near the 8700 block of Rosewood Avenue.

Officials say the valet returned to the restaurant to speak with investigators. There was no citation issued or arrest made.

Investigators are still trying to determine how the accident happened.