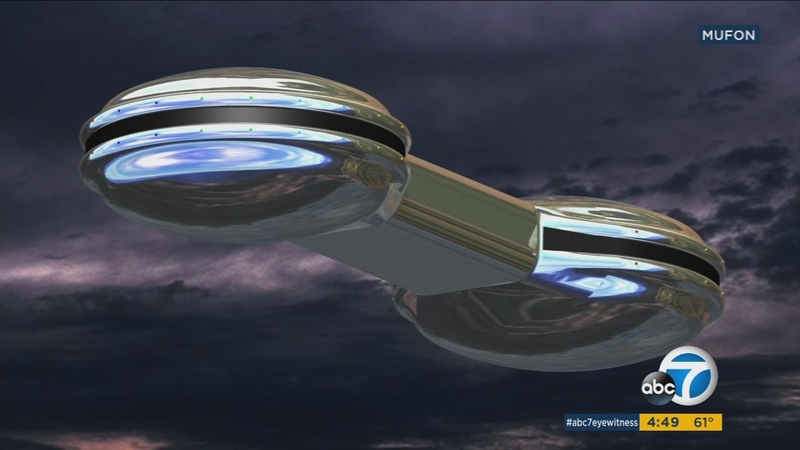 NEWPORT BEACH, Calif. (KABC) -- For many, UFOs are the stuff of science fiction movies that belong in the same category of little green men and alien abductions - but one Orange County nonprofit begs to differ.

Jan Harzan, the executive director of Mutual UFO Network (MUFON) in Newport Beach, believes that we are definitely not alone in the universe.

"UFOs are real. These are structured, highly technological, structured devices flying in and about our planet under obvious intelligent control that's not us," Harzan said.

Harzan has spent most of his life researching UFOs along with field investigators and a research team.

MUFON looks into the reports that come in daily.

"Could it possibly have been an aircraft? A satellite? The space station?" Harzan said.

The organization has investigated more than 7,000 cases in the past year. It considers a small percentage of those cases hoaxes, and about 30 percent are classified as UFOs.

According to Harzan, a man who has worked as a contractor for the Department of Defense says he and his friends spotted a UFO in 2013 during a hunting trip in Canada.

"The very first thing that was intense was just how bright this thing was," said the man, whose identity was not revealed.

Harzan considers this case, which was reported in 2016, as one of the most compelling pieces of evidence.

Despite the many skeptics who believe UFOs only belong in Hollywood, Harzan believes his research can lead to huge advancements in technology.