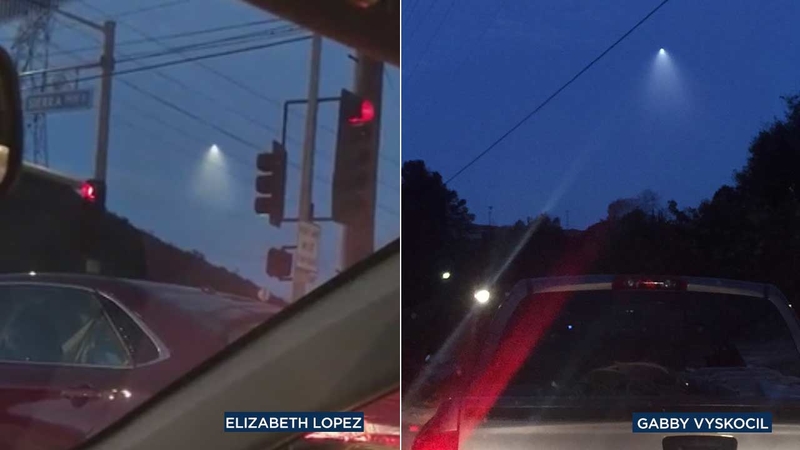 Eyewitness News viewer Gabby Vyskocil reported seeing a bright light in the sky from Sunland around 6:15 a.m. She was able to capture it on video, which showed a bright light hovering in the sky.

Another viewer Martin Torres also spotted the light while on the 101 Freeway in Ventura County around 7 a.m.

The station later confirmed an Ohio-class submarine tested the range of the missiles off the coast. One was launched around 3 a.m. and the other around 6:20 a.m.

A Navy spokesman said the tests were safe and routine - and "not in response to any ongoing world activities."

The missiles are used for general defense and have a range up to 4,000 miles. It was unclear how far off the coast the test was done, because the Navy did not disclose that information. The spokesman did say that the the missiles fly over water, and not over inhabited areas.

The spokesperson did say the test had been planned for years but did not specify how many. He said that residents likely saw stage one, which lasts about a minute, and possibly part of stage two.