KABC
By Danny Clemens
DAYTONA BEACH, Fla. -- Authorities have released body camera footage showing a bizarre incident in which a naked man was subdued with a stun gun and taken into custody at a Florida airport before allegedly claiming that there was a bomb in the bathroom.

The footage showed several officers looking for the man in the baggage claim area of Daytona Beach International Airport just after 6 a.m. local time Friday. The suspect jumped onto the baggage claim carousel, and officers ordered him to get on the ground.

After the man failed to comply and the officers issued repeated warnings, he was subdued with a stun gun.

The man can be heard in the video telling officers that he had taken the drug Molly.

In a news conference after the incident, Volusia County Sheriff Mike Chitwood said the suspect later claimed to deputies that there was a bomb in the building, saying, "We've got to get out of here, the bomb's going to go off. I planted a bomb in the bathroom."

The body camera footage that was released did not include audio of that alleged comment.

Investigators found a wall in a women's bathroom that was under construction that appeared to have been dug into. A bomb squad responded and found a bag containing the suspect's clothes but no evidence of explosives.

Chitwood identified the suspect as 25-year-old John T. Greenwood, a "frequent flyer [who] is well-known to law enforcement entities in Daytona Beach." Greenwood had been arrested on suspicion of assaulting an officer in 2007 and had filed seven reports about his car and home being burglarized. Greenwood had undergone involuntarily mental health examinations under the Baker Act twice, Chitwood said.

Greenwood, who was hospitalized after the incident, has been charged with burglary, false reporting concerning planting a bomb, criminal mischief, resisting arrest and exposure of sexual organs.

'Miracle' COVID patient out of hospital after 132-day battle 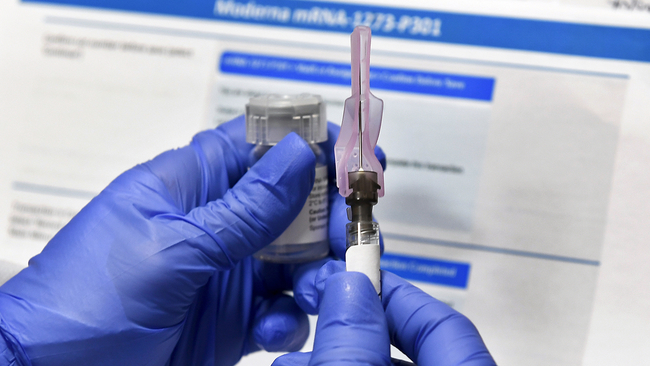 COVID: There are some states doing things right