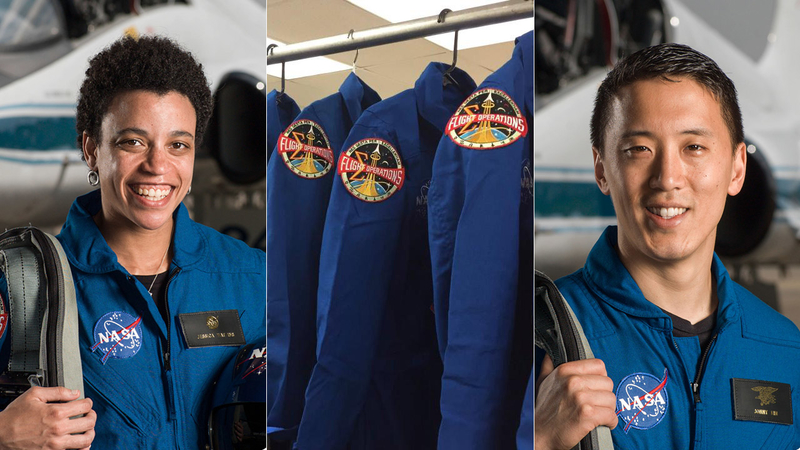 HOUSTON (KABC) -- A scientist with a doctorate from UCLA and a Navy SEAL who graduated from Santa Monica High School are among the 12 new astronauts introduced by NASA officials Wednesday at the Johnson Space Center in Houston.

Jessica Watkins, who was born in Maryland and raised in Colorado, earned a bachelor's degree in geological and environmental sciences from Stanford University, studied geology at UCLA, and was a post-doctoral fellow at Caltech. She has worked at the Jet Propulsion Laboratory in Pasadena and was a collaborator on the Mars rover Curiosity, according to an official biography released by NASA.

Los Angeles native Dr. Jonny Kim has a bachelor's degree in math from the University of San Diego and a medical doctorate from Harvard University. While serving in the Navy, Kim served in more than 100 combat missions and earned a Silver Star and a Bronze Star.

Vice President Mike Pence and Texas Gov. Greg Abbott were among the dignitaries who were on hand as Watkins, Kim and their fellow NASA 2017 class of astronauts were announced.

The five women and seven men were selected from a pool of more than 18,300 applicants, the space agency said. Among the group are engineers, pilots and military officers with breathtaking resumes. They range in age from 29 to 42, and have worked in submarines, emergency rooms, university lecture halls, jet cockpits and on battleships.

The new recruits will join the 44 astronauts who are already part of the NASA corps. American astronauts have not launched from U.S. soil since 2011, but that could change in 2018.

After two years of training, the rookies may end up traveling on commercial rockets to the International Space Station or flying beyond the moon in NASA's Orion spacecraft. Their ultimate destination could be Mars.