'Hell week' is designed to push SEAL recruits to their physical and mental limits.
KABC 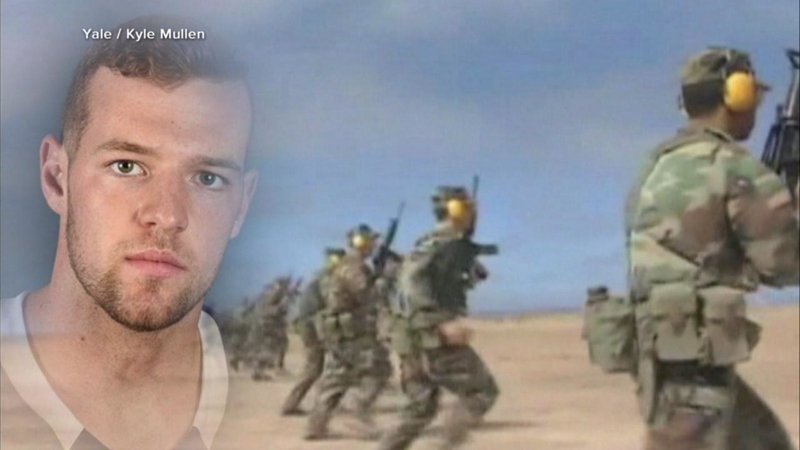 "I wake up every night thinking of him, thinking of how he died probably not breathing," Regina Mullen told ABC News in an exclusive interview.

The grieving mother is now opening up about this tragedy in an effort to prevent more families from experiencing the same loss.

"We've heard it many times, 'No one left behind.' And I think, unfortunately, Kyle was left behind in this situation," Kevin Uniglicht, the family's attorney, said.

Before his Feb. 4 death, Kyle Mullen, a 24-year-old former football player from Manalapan Township, New Jersey, had completed "hell week," an exhausting five-and-a-half days of underwater and tactical training. It's designed to push SEAL candidates to their physical and mental limits, in which trainees are constantly cold, hungry, sleep-deprived and wet.

Those who drop out during "hell week," or "ring the bell," must wait two years to try again, but Kyle completed the training.

Regina said her son sent her a text that read, "hell week secured," so she picked up her phone and gave him a call. As a nurse, she said his labored breathing was concerning.

The last words he said to her were, "I love you."

Moments later, he was taken to Naval Medical Center San Diego where he died.

The death of a Navy SEAL candidate is under investigation after 24-year-old Kyle Mullen passed away just hours after completing "Hell Week" training. Toni Yates has the story.

Regina Mullen said she woke up the next morning to a knock on her door.

At the time, the Navy released a statement saying Kyle Mullen and another sailor had "reported symptoms" and were taken to the hospital. The other sailor recovered.

Mullen's death is under investigation, and no official cause of death has been released.

Regina Mullen said she believes her son was abandoned right when he was most in need.

"I'm told that the medical team was let go at 12 noon, and someone was on call. And they didn't answer," she said.

She expressed frustration, as she has yet to receive her son's autopsy results and still does not know his cause of death.

From her training as a nurse, Regina Mullen said she believes Kyle had SIPE, or swimming-induced pulmonary edema. This occurs when fluid builds up in the lungs without causing choking.

The majority of SIPE cases clear up within 48 hours, but in rare instances, can be deadly.

"He most likely couldn't breathe, and he probably suffocated from his own bodily fluids," she said.

Regina Mullen said Kyle was treated for SIPE during training in January. During "hell week," NCIS investigators said her son was treated with oxygen twice, including the day he died.

"During "hell week" my son was telling me that it's discouraged to say, 'I need to go to the medical.' He said they wouldn't let him go the medical unless you quit and 'ring the bell,'" she said.

She said her son would rather "die trying" than "ring the bell."

Regina said after flying out to San Diego, a commander told her that Kyle was twice offered medical treatment but refused.

"At that point, I said, 'He doesn't know what day of the week it is. He hasn't slept in five days. How can he make that determination?' I said to him, 'Where was your medical team? Where were they?'" she said.

The Naval Special Warfare Command told ABC News in a statement that "all candidates receive head-to-toe medical evaluations, including a full set of core vitals, a minimum of once a day and as required throughout the week, as well as upon conclusion of the assessment event."

Regina Mullen said she wants the Navy to enforce better training and monitoring during "hell week" to prevent tragedies like this from happening again.