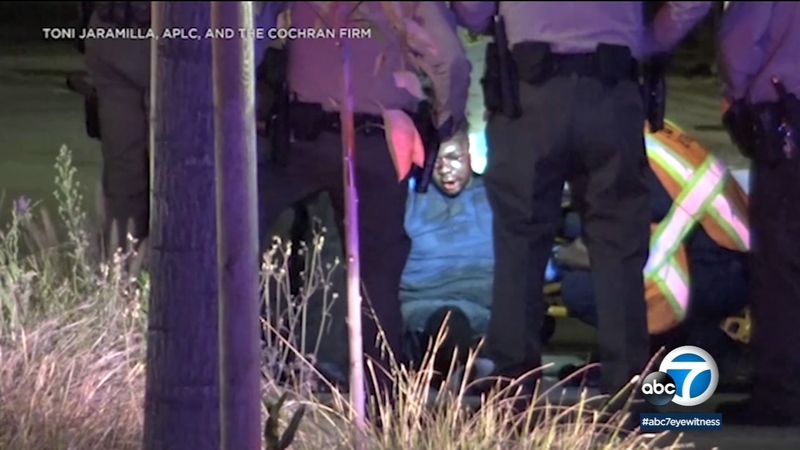 NBA veteran speaks out after man allegedly beaten by deputies

"This young brother was coming home from working. So that means that he had something on his mind that's legitimate," Craig Hodges, who played for the Chicago Bulls and is Bailey's uncle, said at a news conference. "Now, for that to change into whatever they want to say he did, that's the part that I think is the real issue of ... What is the real facts of the matter?"

Earlier this week, attorneys for Bailey announced a civil-rights lawsuit against the Sheriff's Department and the seven deputies involved in the incident.

Cellphone video that recently emerged shows Bailey being lifted into an ambulance after being detained. Someone in the video is heard saying, "He doesn't even look human."

At a news conference Monday, civil rights attorney Toni Jaramilla said that Bailey suffered between 64 and 86 "body and face hits."

"He was pummeled in the face approximately 35 to 44 times," Jaramilla said.

Seven deputies with the Los Angeles County Sheriff's Department are being accused of beating a man who was left with serious injuries and is still suffering more than a year later.

Bailey's attorneys said he was on his way home from work, a private company that sorts mail for the U.S. Postal Service, when he was pulled over for allegedly straddling the lane in Inglewood around 2 a.m.

The attorneys said Bailey did everything he was asked to do by the deputies, but the department's report said he resisted arrest.

Bailey was initially charged with three felony counts of resisting arrest, but that those charges were later dropped, his attorneys said.

"I was screaming out (that) I wanted to live. I really feared for my life, I thought I was going to die," he said.

Jaramilla said Bailey is now unable to see out of his left eye, adding that doctors said "the punches to his eye were so severe that it dislodged the eyeball slightly."

Bailey's teeth were also knocked out and bones in his face were shattered.

"All use of force incidents which result in injury are unfortunate," the Sheriff's Department said in a statement. "Due to this pending litigation and under advice of counsel, we are unable to offer further details at this time."