Hundreds of hypodermic needles wash up at popular Newport Beach 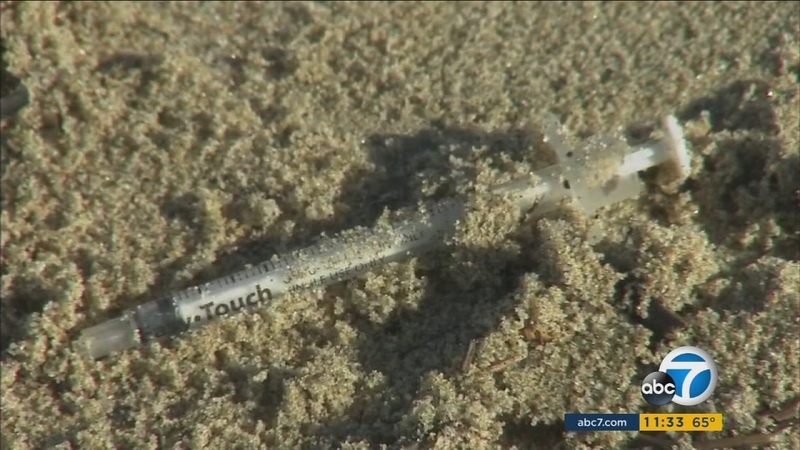 Hundreds of needles wash up at popular Newport Beach

NEWPORT BEACH, Calif. (KABC) -- Hundreds of hypodermic needles were washing up in Newport Beach, prompting officials to close off sections while they cleaned up the hazardous mess on Tuesday.

A hypodermic needle sat half-buried in the sand and it was just one of hundreds found by beachgoers over the last few days.

"I don't want kids, a dog, myself or the surfers that surf here barefoot, constantly walking through there, have the opportunity to hurt themselves very badly," said beachgoer Chris Heurkins.

Heurkins said he picked up at least 100 in the last week, including two on Tuesday.

"Normally they are without the cover and the needle is exposed," he added.

Several Eyewitness News viewers posted photos of even more needles at the beach.

Officers said they responded after several calls on Monday and threw away at least 75 needles.

#OrangeCounty closing its part of the beach while officials make sure area is safe after hundreds of hypodermic needles were found. pic.twitter.com/dDiF62eGPy

The city said the mess is something they expect after any significant storm.

"It is fairly common. It happens when it rains. Due to the drought, the lack of rain over the past couple of years, the river is doing a good flushing right now," said Newport Beach Municipal Operations Director Mike Pisani.