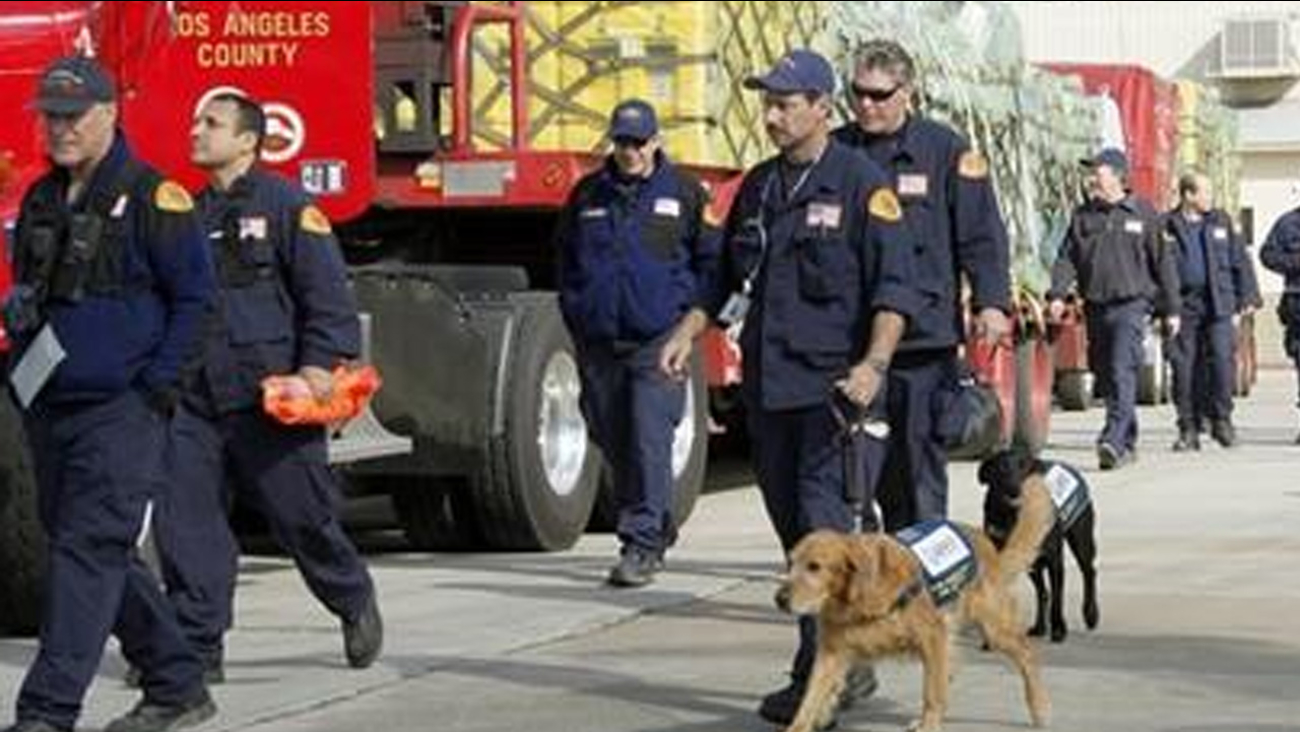 LOS ANGELES (KABC) -- Members of the Los Angeles County Fire Department are heading to Nepal to assist in the rescue and recovery effort following a massive 7.8-magnitude earthquake.

The massive Himalayan earthquake killed more than 2,500 people, officials said. Saturday's magnitude 7.8 earthquake spread horror from Kathmandu to small villages and to the slopes of Mount Everest, triggering an avalanche that buried part of the base camp packed with foreign climbers preparing to make their summit attempts.

Nepal authorities said Sunday that at least 2,430 people died in that country alone, not including the 18 dead in the avalanche. Another 61 people died from the quake in India and a few in other neighboring countries.

At least 1,152 people died in Kathmandu, and the number of injured nationwide was upward of 5,900. With search and rescue efforts far from over, it was unclear how much the death toll would rise.

California Task Force 2 is one of only two such teams in the U.S. available for foreign disaster missions. Each member of the team has a specific area of expertise, from doctors to confined spaces and collapse exerts to structural engineering specialists to dog handlers, Sprewell said. Their assistance comes at the request for international help from the government of Nepal.