Flight NYT 691 had been traveling from Kathmandu, the capital, to Pokhara, a city in central Nepal, Prime Minister Pushpa Kamal Dahal said.

Flight NYT 691 had been traveling from Kathmandu, the capital, to Pokhara, a city in central Nepal, Prime Minister Pushpa Kamal Dahal said.

Sixty-eight passengers and four crew members boarded the plane in Kathmandu, Nepal's Civil Aviation Authority said in a statement. Fifty-three passengers were Nepali and 15 were international travelers, officials said. The foreign nationals included five people from India, four from Russia and two from South Korea. The other four were from Ireland, Australia, Argentina and France, officials said.

The aircraft departed Kathmandu on time at 10:32 a.m. local time, with an estimated time of arrival at 10:59 a.m., according to Flightradar24, a flight tracker. The average flight time for the trip was about 24 minutes.

The Yeti crew last made contact with Pokhara Tower at 10:50 a.m., as they flew over the Seti River gorge, which is east of the city, aviation officials said in a statement. A collection of police and rescue agencies were deployed to the crash scene, with first responders and helicopters performing a search and rescue operation.

As the search operation continued into the early evening, the death toll rose to 68 people from an earlier estimate of at least 30, officials said. The aviation authority posted photos of the flight's manifest, which included three children and three infants.

The aircraft was an ATR 72-500, a twin-engine turboprop airliner. An ATR spokesperson told ABC News the company had been informed of the crash.

"Our first thoughts are with all the individuals affected by this," spokesperson Charlotte Giuria said. "The ATR specialists are fully engaged to support both the investigation and the customer."

The aircraft, which was 15 years old, was registered as 9N-ANC with a serial number of 754, aviation officials and Flightradar24 said.

"This aircraft was equipped with an old transponder with unreliable data," the flight tracker said. "We are downloading high resolution data and verifying the data quality."

The aircraft had a maximum passenger capacity of 78 seats, according to the manufacturer.

The European Commission includes all of Nepal's air carriers, including Yeti, on its "Air Safety List," banning them from operating within the European Union because of safety concerns.

Sunday's plane crash was the country's deadliest since 1992, an official at the Rescue Coordination Center in Nepal told ABC News.

The airline said it had canceled all flights for Monday, Jan. 16, aside from emergency and rescue flights.

Boeing to be arraigned in court over 2 Max jet crashes

2 Americans among 72 killed in Nepal plane crash: US state department

Why did Nepal plane crash in fair weather? 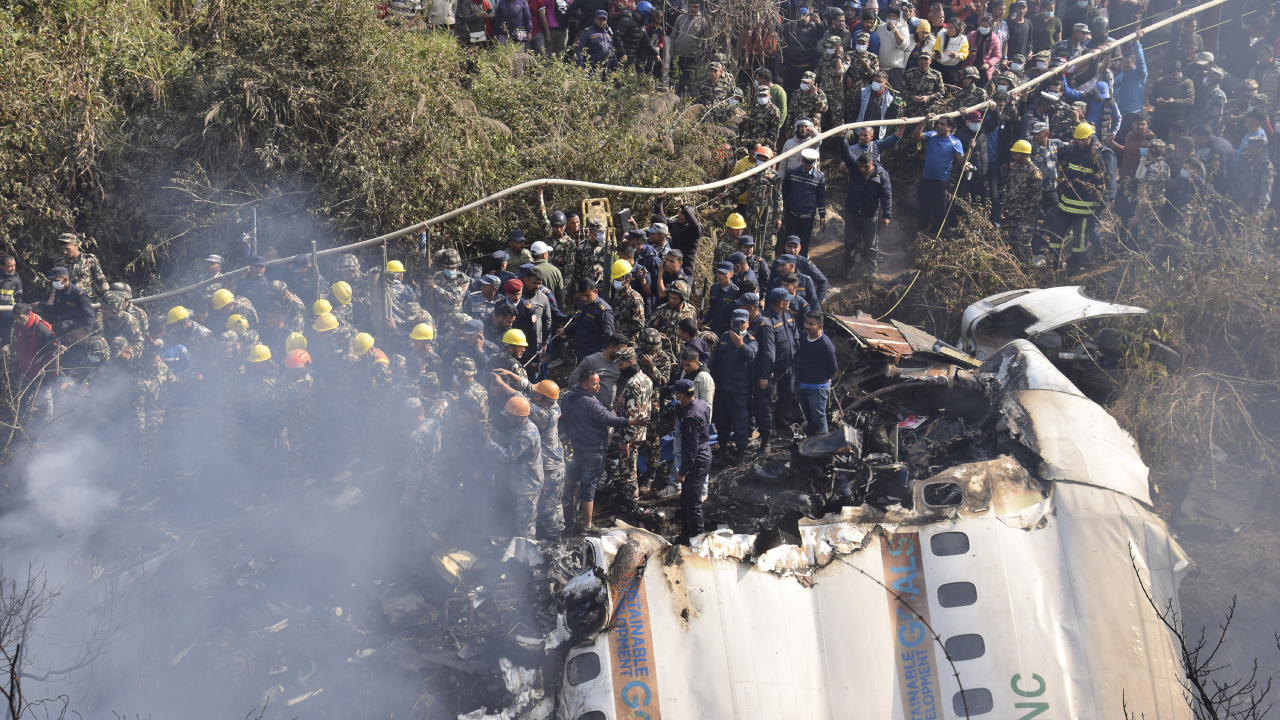