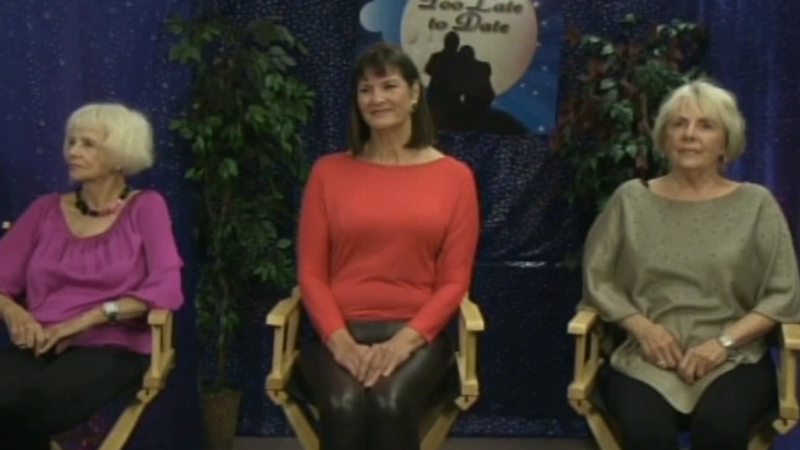 LAGUNA WOODS, Calif. (KABC) -- It's a dating show unlike any you've ever seen. It's unique because the bachelor and the three female contestants are all over the age of 55.

It's called "Never Too Late to Date," a community television show at the Laguna Woods Village senior residence, formerly known as Leisure World.

"Funny enough, they reveal a lot about themselves, their sense of humor, what they like to do, what they want to be, and it was pleasant," contestant Rodney Maister said.

Village resident Phil Doran created the show. It's not hard to believe when you consider Doran was a writer and producer for several shows, such as "All in The Family," "Who's The Boss," and the original show "The Dating Game" in the 60s.

"It's immense fun because no one's paying me. No one can fire me. I don't care about the ratings," he said.

It's "The Dating Game" format: One bachelor or bachelorette, who can't see the three contestants, hopes to impress with answers to a list of questions. Doran says most of the people on the original were in their 20's and that the senior crowd makes his new show more fun.

"They're wondering, how am I coming off? Do people like me?" Doran said. "You get to be our age, you don't give a damn!"

The show's already a hit. Doran says more than 250 people came to the first audition. Even if they don't find love at the end, the contestants say the experience is well worth it.