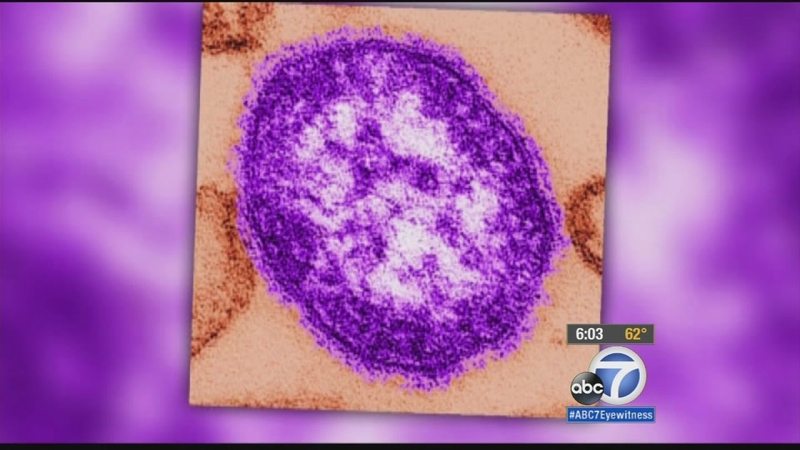 LOS ANGELES (KABC) -- The measles outbreak has reignited the debate over immunizations.

Parents like Portland stay-at-home dad Chuck Dotson says he should have the right to choose.

"That's their choice in being mad because I did not get all of my kids' shots. If my kid got sick, guess what? He would be home," Dotson said.

But what are the legal implications of refusing to vaccinate your children?

"I'd say it's only a matter of time before one parent whose child is injured or even dies from getting measles decides to go after another parent in a civil suit," said Dr. Ryan Abbott, a physician and associate professor of law at Southwestern Law School.

Although he says he does not know of a measles-related lawsuit so far, there have been lawsuits concerning the spread of other contagious diseases.

"I think a case could certainly be made that failing to vaccinate your own child knowingly creates risk for other children, and as such, a failure to take that step of reasonable care could lead to liability," Abbott said.

But there are many factors involved, such as religious beliefs that forbid vaccinations.

"California does have the ability for parents to make a conscientious objection not based on religious belief to refuse to vaccinate their children, but again the court would have to deal with the policy of whether or not we want to permit parents not only to put their own children at risk but also to put other children at risk," Abbot said.

Abbot says a good faith effort to do the right thing usually isn't a good defense.

"When people act carelessly, even if they legitimately believe they are making the right decision, they can still be liable for it," said Abbot.