On The Red Carpet: What to watch in May on TV, streaming 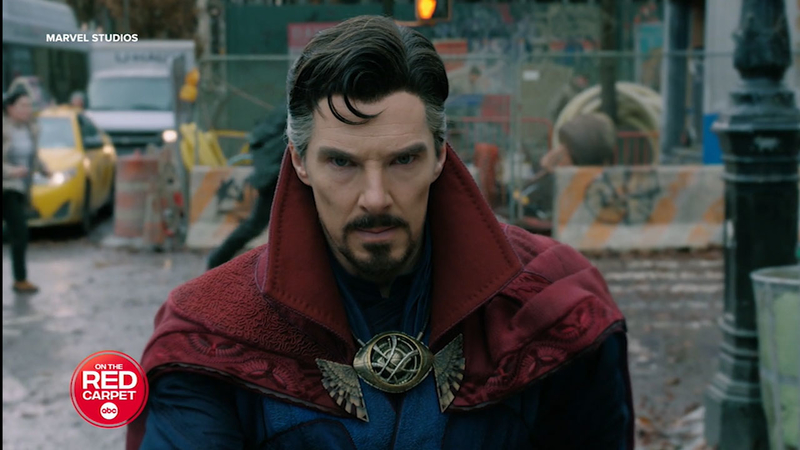 What to watch in May on TV, streaming

On The Red Carpet has your first look at what's coming to TV and streaming this May.

There's much anticipation for the premiere of the new "Doctor Strange" movie. Plus, the return of Obi Wan Kenobi.

And big things are in store for ABC's "The Rookie." It's been renewed for a 5th season, and it's wrapping up season 4 on Sunday, May 15 with a star-studded finale. The rookie himself, Nathan Fillion gave us the inside word on who will be dropping by.

You might want to claim your spot on the couch for Wednesday, May 18. It's a huge night of finales on ABC. "The Goldbergs," "The Wonder Years," "The Conners," "Home Economics" and "A Million Little Things" are all closing up shop for the summer.

And a day later, "The Good Doctor" hangs up his stethoscope for the season. The popular medical drama, starring Freddie Highmore, airs its season finale on Monday, May 16. And good news for "The Good Doctor," he'll be back. The show has been renewed for a 6th season.

A week later on Wednesday, May 25, don't miss "The Great American Tag Sale with Martha Stewart." It's an hourlong special where Martha parts ways with furniture, tableware, art, decorations and more. Think yard sale, but fancy, because, you know, it's Martha Stewart.

Following Martha, some fluffy four-legged fur babies. "The American Rescue Dog Show" features rescued pooches as they go for the gold in a variety of "best in" categories. The wagging tails and wet noses will warm your heart!

Academy Award nominee Andrew Garfield is starring in a new true crime thriller, "Under the Banner of Heaven."

The limited series from FX is a must-watch. "Under the Banner of Heaven" is now streaming on Hulu.

The competition is heating up on "American Idol," which will kick off the month of May with Disney night, and then continue to whittle down the contestants until a Season 20 winner is crowned on May 22.

Katy Perry says while the judges have their favorites, your votes matter most.