New storms to cross US with heavy snow, dangerous thunderstorms 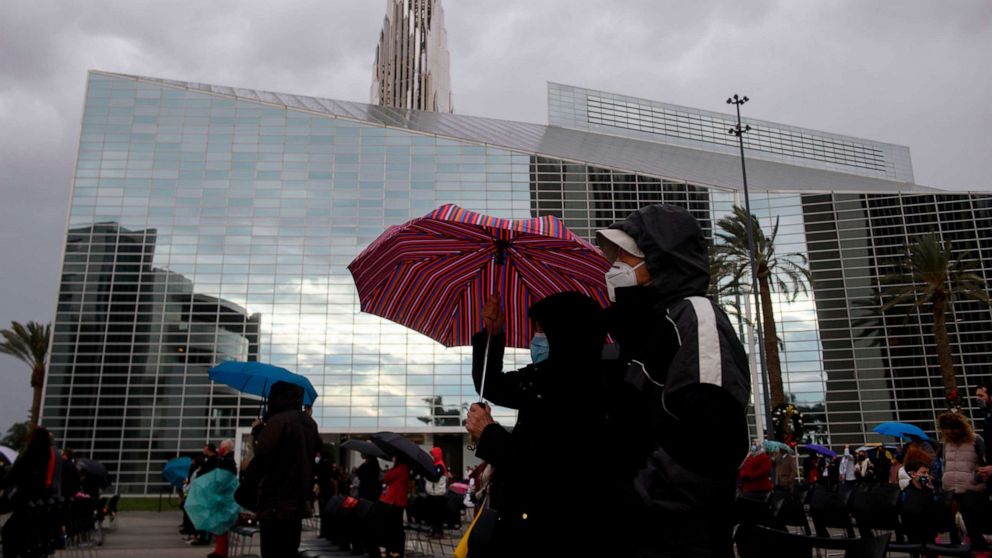 A wintery blast will hit a large part of the country as a couple of storms cross the nation.

As of Friday morning, 11 states, from California to Minnesota, are on alert for heavy snow and treacherous road conditions.

The first storm is expected to bring rain and snow to the West Friday -- all the way into Southern California.

A winter weather advisory has been issued for the mountains outside of San Diego, where some areas may see up to 8 inches of snow.

By Saturday night into Sunday, the same storm system will move into Central U.S. with snow for the upper Midwest and the Great Lakes, where a winter storm watch has been issued already.

Later on Sunday in the South, a second storm from the Southwest could bring severe thunderstorms with damaging winds and a few tornadoes to Texas and Oklahoma.

That second storm will move east and could bring heavy snow Monday into Tuesday from Chicago to New York City.

This weekend, a foot of snow may fall in the Rockies and up to 7 inches may fall in Minnesota and Iowa.

It is too early to say how much snow the second storm will bring early next week, but some areas could see more than 6 inches of snow from Illinois to New Jersey.

Friday night, ahead of the snowy weather, an Arctic air mass will settle in the Midwest and the Northeast.

Actual temperatures are below zero Friday morning in parts of the upper Midwest. This air mass will move into the Northeast Friday night.

Wind chills are expected to be near zero in western New York, Pennsylvania and into New England Saturday morning, and in the teens along the I-95 corridor.
Report a correction or typo
Related topics:
abc newsnational
Copyright © 2021 ABC News Internet Ventures.
More Videos
From CNN Newsource affiliates
TOP STORIES