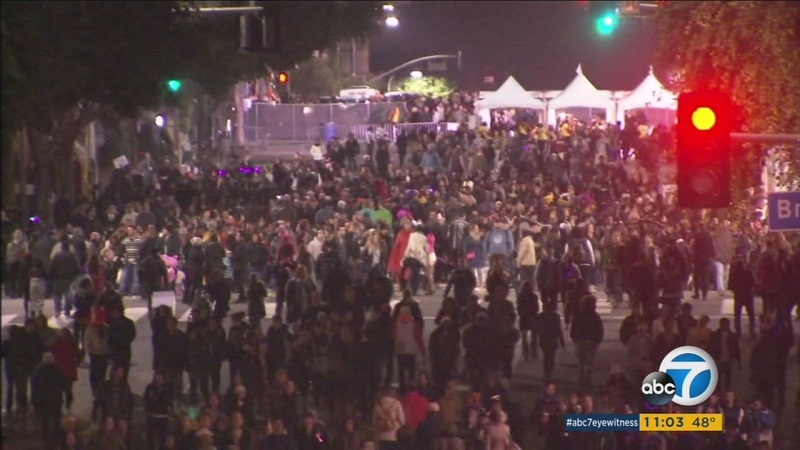 This will be the third year Grand Park has hosted the countdown as organizers envision it as the West Coast's version of New York City's Times Square.

More than 50,000 people are expected to attend the event at Grand Park in the 200 block of N. Grand Avenue Thursday evening.

MORE: 5 things you might not have known about the New Year's Eve ball drop

The latest celebration has grown to 90 acres and will feature three separate stages, food stands and a projection light show onto City Hall that will actually leap from building-to-building.

While the creativity of the celebration grows, so will the security for this year's party.

The crowd is expected to be as large as a Los Angeles Dodgers sold-out stadium, but crammed into a three-square block area.

The Los Angeles Police Department's Metropolitan Division will be on maximum deployment, with also an increased presence from other LAPD divisions and the Los Angeles County Sheriff's Department.

"We added pat downs and wandings of every individual coming into the event in our security checkpoints," Lucas Rivera, director of Grand Park, said.

Officials in New York City said they will have 6,000 officers on hand in Times Square, while in Brussels, Belgium, leaders canceled their New Year's celebration altogether out of fear of an attack.