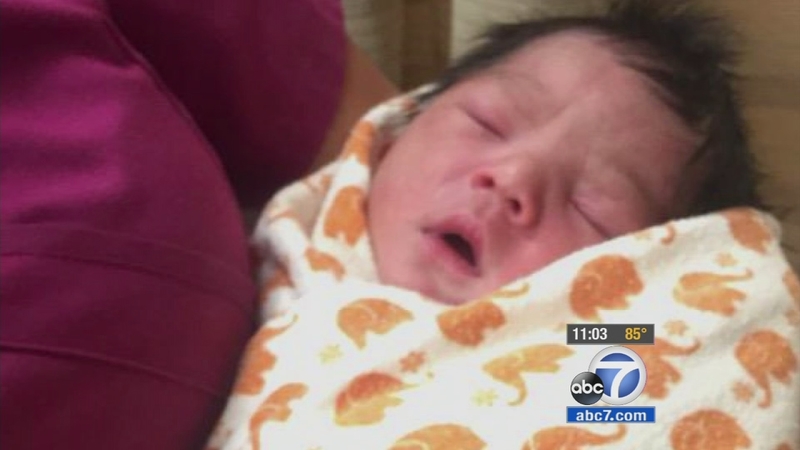 SOUTH LOS ANGELES (KABC) -- A baby with his umbilical cord still attached was found abandoned in a stroller near a church in South Los Angeles Tuesday afternoon, police said.

Alex Diaz spotted the stroller near Vermont Avenue and Dana Street at about 10:30 p.m. Monday, but thought it was empty and discarded.

While on a walk with his two young boys at about 12:30 p.m. Tuesday, Diaz took a closer look, saw the baby and notified police.

"When I got up close to the stroller and the blanket was clean, it was just like, 'Oh, I hope nobody did this, I hope I'm not about to find a baby in here,' and sure enough that's what happened," Diaz said. "It was burning hot. He was sweating. His pajamas were soaked in sweat. It was horrible. I don't know how somebody can do something like that, not even animals do that."

The boy, who is believed to be one day old, was transported by paramedics to a local hospital.

Authorities said the infant could be released to the Department of Children and Family Services by Wednesday.

Detectives were searching for witnesses and hoping to collect surveillance footage from nearby businesses in hopes of finding his mother.

The newborn was abandoned just across the street from St. Agnes Catholic Church.

"That's what saddens me about the whole situation that the child was left across the street under a mattress in a stroller, and they could've easily just rang the doorbell and left the child there," Father David Matz said.