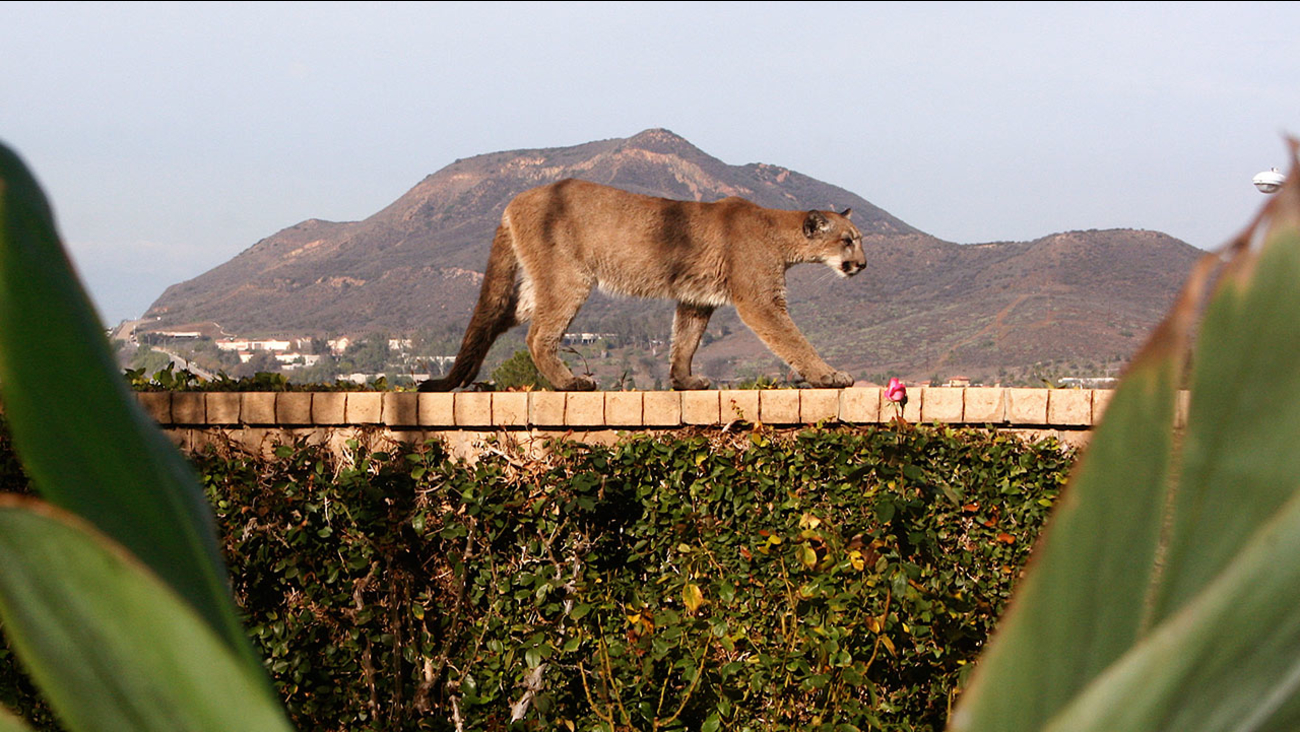 NEWBURY PARK, Calif. (KABC) -- A Newbury Park woman has lived in her house for 17 years, but has never had a visitor like the mountain lion that graced her backyard.

Sherry Kempster says she was eating breakfast when she heard crows squawking. When she looked outside, she spotted the mountain lion walking behind the barbecue.

"I saw that it was either a really large dog or a coyote and then I saw the tail and I said 'Oh, that's not a coyote,'" Kempster said.

Kempster added that the mountain lion calmly cruised around for a while, giving her time to shoot photos.

She says she called 911 and was connected to animal control, but no one answered. The mountain lion eventually sauntered away back into the nearby open space.

California Department of Fish and Wildlife said the mountain lion was tranquilized and released back into the wild. It was a 14-month old, healthy, female lion, department officials tweeted.