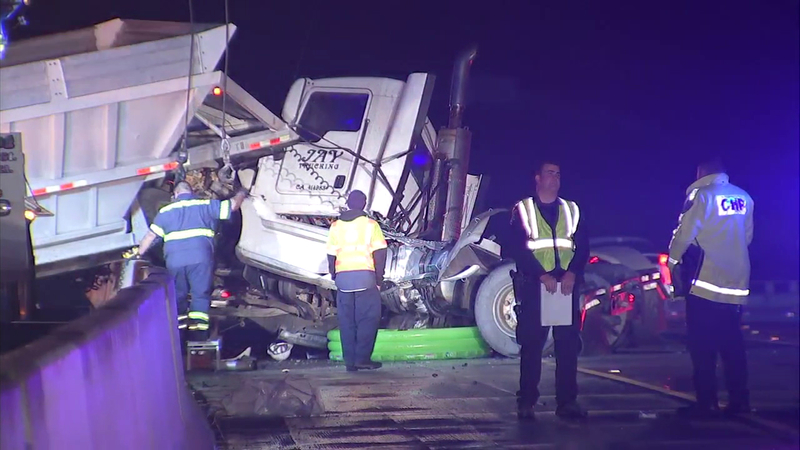 NEWHALL, Calif. (KABC) -- A two-trailer semi-truck jackknifed across the center divider of the 14 Freeway in a crash Wednesday morning in Newhall.

The single-vehicle collision was reported shortly before 5 a.m. near Placerita Canyon Road, according to the California Highway Patrol. Whether anyone was injured was not immediately known.

The truck was heading northbound when it crashed over the center divider, leaving the No. 1 lane blocked on the southbound side, the CHP said. Two northbound lanes were shut down as a SigAlert was issued.

The cause of the crash, which occurred amid light rain in the area, was under investigation.