The decision to temporarily ban visitors to the locations follows a state recommendation intended to help slow the spread of COVID-19.
KABC 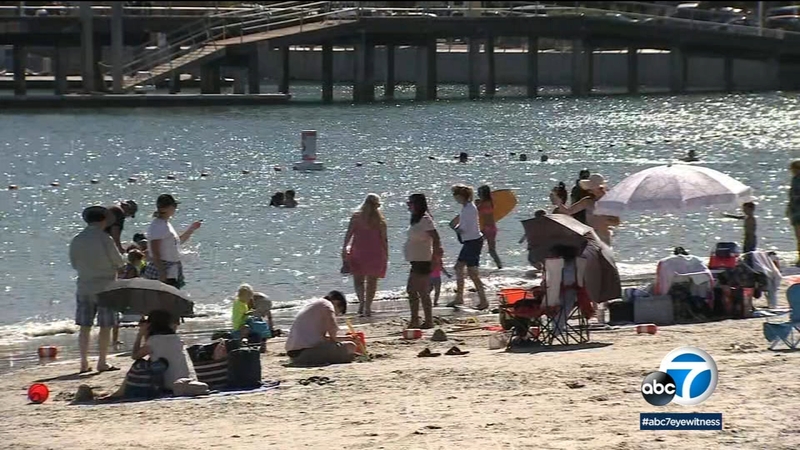 NEWPORT BEACH, Calif. (KABC) -- Ending days of speculation, officials announced that all beaches operated by Orange County will be closed throughout the Fourth of July holiday weekend.

Following in the steps of several other Southern California cities and counties, Newport Beach will close its beach for the July 4th weekend.

The decision to temporarily ban visitors to the locations follows a state recommendation intended to slow the resurgent spread of COVID-19.

Officials in Newport Beach, Laguna Beach, Huntington Beach and Seal Beach had already announced plans to close their cities' respective beaches for the holiday. In Newport Beach, two seasonal lifeguards tested positive for the coronavirus, and nearly two dozen others were placed in quarantine.

The surge comes as Americans head into a Fourth of July weekend that health officials warn could add fuel to the outbreak by drawing big crowds. Many municipalities have canceled fireworks displays. Beaches up and down California and Florida have also been closed.

The Orange County beach closures follow a county order Wednesday closing all bars in the city, an order that was also put in place later in the day by Gov. Gavin Newsom, affecting 19 counties, including Orange County.

The county order affects all bars, pubs, breweries and brew pubs that do not offer dine-in meals. Establishments serving dine-in food can only sell alcohol in the same transaction as a meal.