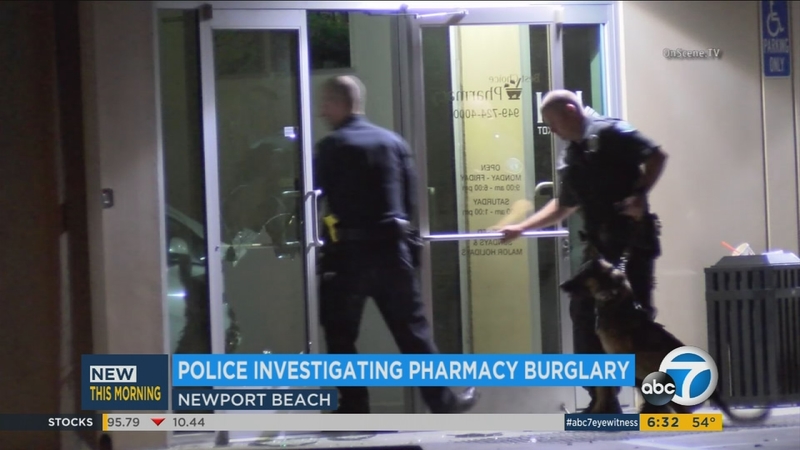 The burglary was reported by an alarm company at Best Choice Pharmacy in the 4200 block of Birch Street around 1:28 a.m. Tuesday.

The suspect or suspects smashed through the front door of the pharmacy to gain entry, police said.

"Officers were on scene in under two minutes, checked the area and the business thoroughly, we had assistance from a K-9 officer from Irvine PD," said Jennifer Manzella, spokeswoman for the Newport Beach Police Department.

Manzella said the burglar or burglars fled the scene with at least three bottles of cough syrup with codeine, which is valued at under $100 total.

Tuesday morning's incident is the latest crime in a rash of pharmacy burglaries across Orange County this month.

In those burglaries, as many as five suspects ransacked the pharmacy department, running off with cough syrup and lottery tickets.

The owner of Best Choice Pharmacy said the business had been struck by burglars just last month.

No arrests have been made in the case. Newport Beach police would not confirm if the pharmacy burglaries are related but the investigation is ongoing.

"All of our agencies share information so anything that we can get from this incident that we can share with our partnering agencies, we'll make that information available," Manzella said.