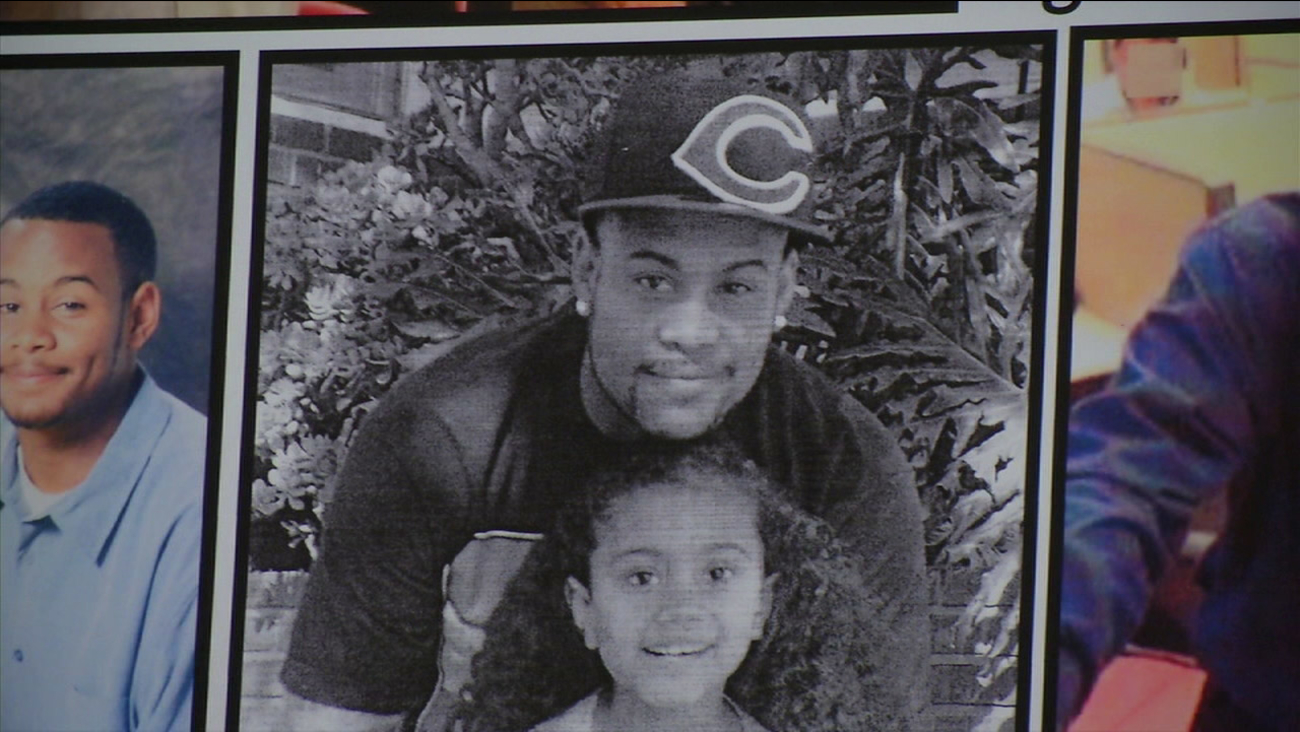 A $20,000 reward was offered for information in the Altadena shooting death of Christopher Walker in October of 2014.

ALTADENA, Calif. (KABC) -- The family of a young father gunned down at an Altadena restaurant hopes a reward will lead to his murderer being brought to justice.

Christopher Walker, 26, was shot in the back while he was sitting outside Fair Oaks Burger in October of 2014, according to the Los Angeles County Sheriff's Department.

"I know that it happened in broad daylight and I just hope that somebody will come forward because I know that there were people there who saw what happened," Nicole Walker, Christopher Walker's sister said.

Christopher Walker's family said he struggled with gangs, but had turned his life around after moving to Arizona for a few years. He had recently relocated back to Los Angeles County when he was shot.

Now, his family hopes to help put an end to gang violence.

"Pasadena has Bloods, Altadena has Crips. It isn't very much talked about," Ursula Walker said. "What if we could bring them together in a reconciliation type environment?"

During a press conference held on Wednesday, investigators said they had exhausted all leads and were offering a $20,000 reward for information leading to the arrest and conviction of Christopher Walker's killer.

If you have any information that can aid detectives in their investigation, you were urged to call Crime Stoppers at 1-800-222-8477. Tipsters can remain anonymous.
Related topics:
altadenalos angeles countymurdergang violencehomicide investigationshootingmurder reward
Copyright © 2020 KABC-TV. All Rights Reserved.
More Videos
From CNN Newsource affiliates
TOP STORIES