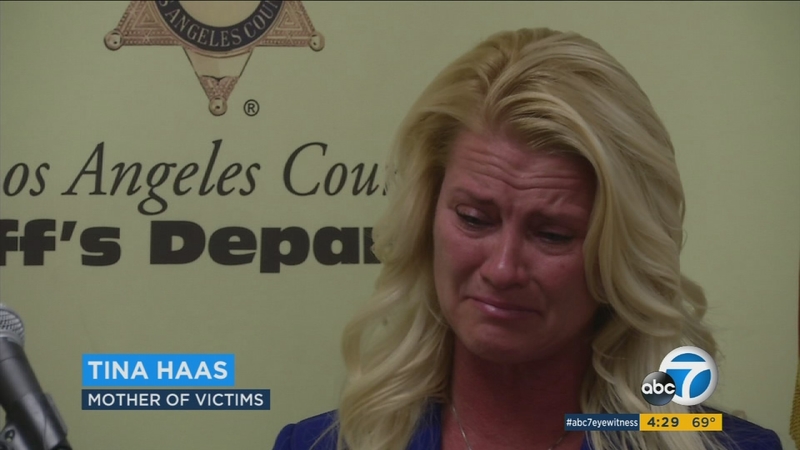 NORWALK, Calif. (KABC) -- A mother is pleading for help after two men were found shot to death in a Norwalk home back in July.

Though five months have passed, investigators still don't have a motive or potential suspects.

"I am pleading for anyone to come forward with any information," Tina Haas said. "Anything that will help even if it's insignificant. If you heard anything if you saw anything the days leading up to this."

The two men found murdered in their home on the 12300 block of Gettysburg Drive in Norwalk.

"It's been very frustrating, motives have just been short in this case. We have exhausted all of the credible leads," Det. Michael Caouette with the Los Angeles County Sheriff's Department said.

The family still can't understand why someone would want to hurt Andrew Vicente, who is described as the life of the party, or his father Walter Vicente, a plumber who the family said would help out anyone who needed it even if they couldn't pay him for his service.

"Hopefully someone has something they can give, so we can have some kind of closure. Tina is suffering losing her son, our family losing my brother. My mother is in pieces still, no one should have to go through that," James Vicente, brother of Walter Vicente and uncle to Andrew Vicente said.

The Los Angeles County Board of Supervisors and the City of Norwalk is offering a $20,000 reward for information leading to an arrest and conviction of suspect or suspects in the case.