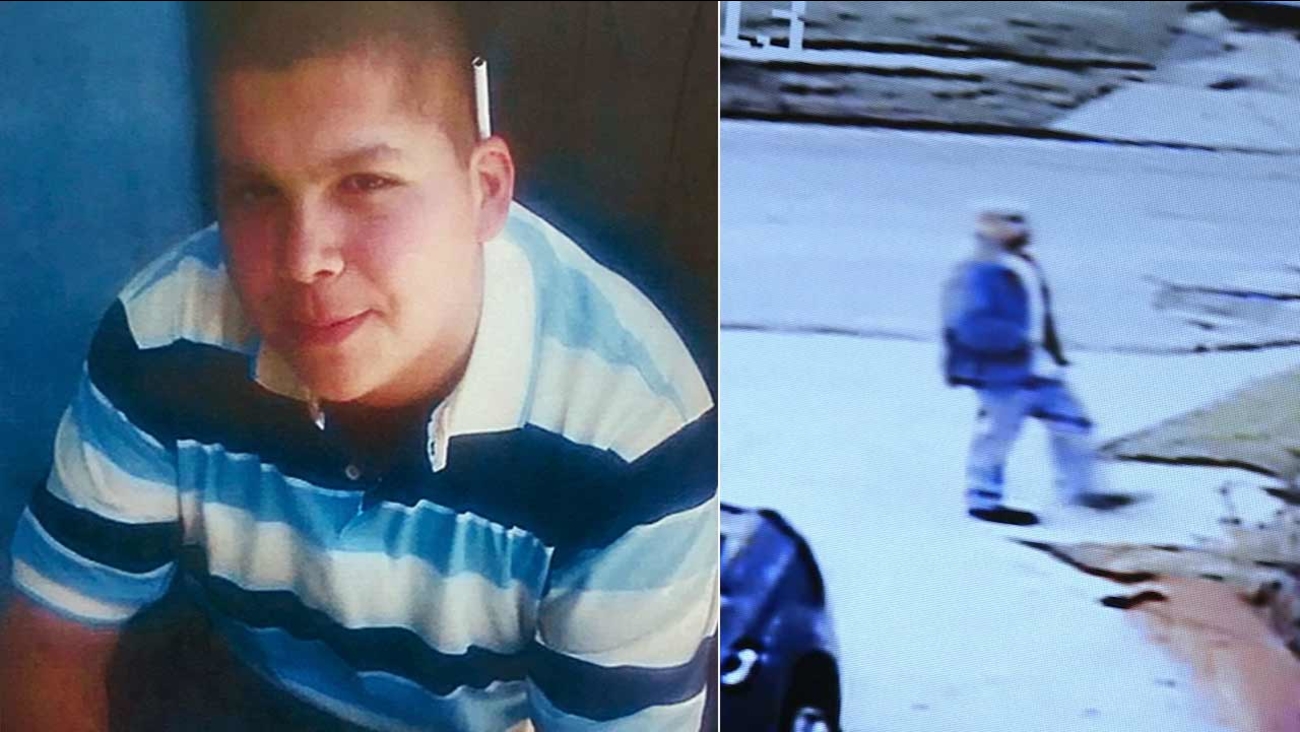 A 19-year-old father (left) was fatally shot while collecting aluminum cans near Crenshaw Boulevard and Slauson Avenue in Hyde Park on Saturday, Jan. 10, 2015.

HYDE PARK, LOS ANGELES (KABC) -- Detectives hope a $75,000 reward will help them turn up some leads in the January murder of a 19-year-old father in the Hyde Park area of South Los Angeles.

On Tuesday, Los Angeles police released a photo of a man described as a person of interest in the case and announced a $75,000 reward by the Los Angeles City Council.

The victim, identified as Jose Andres Escobar, was collecting aluminum cans with a friend, 22-year-old William Barrera, near Crenshaw Boulevard and Slauson Avenue at about 7 a.m. on Jan 10 when he was confronted by a suspected gang member.

The suspect asked Escobar and his friend where they were from, and then opened fire several times. Escobar, the father of a 1-year-old boy, was shot multiple times and pronounced dead at a local hospital. Barrera escaped serious injury.

"We're talking about seven o'clock in the morning, Crenshaw and Slauson, a highly-traveled intersection. He just does the shooting, and he walks away cold and calmly," said LAPD Det. Chris Barling, who heads the homicide squad in South L.A.'s 77th Division. "He does not care about what he did."