KABC
By Rob Hayes
WASHINGTON (KABC) -- A new terror threat in association with ISIS is what prompted a ban Tuesday on many carry-on electronics for certain international flights, ABC News has learned.

The new restrictions on tech gear stemmed from a new threat intelligence. It found that terrorists associated with ISIS were working on smuggling explosives-laden electronics onto U.S.-bound flights.

As a result, the Department of Homeland Security banned all electronics bigger than a cellphone from the cabins of some direct flights to the United States from 10 airports in eight Muslim-majority countries.

The United States has banned some electronic devices on incoming flights from 10 airports.

A little more than a year ago, a laptop brought aboard a Somali airliner detonated shortly after take-off. Luckily, the alleged bomber was the only death. It's situations like these that terrorism experts say they're trying to prevent.

The electronic devices in question will still be allowed on planes, just not in the cabin. They'll have to be placed into checked baggage, where security scanning is much more detailed than the X-ray machines used at passenger checkpoints.

Here's everything you need to know about the new directive affecting international travel with laptops.

The fact that all the countries affected by the restrictions are mostly Muslim have local Muslims at Los Angeles International Airport wondering if they're being singled out.

"They have to do what's safe, but no only to Muslim countries, you know. It (should) be everywhere around the world if they think it's safer, its better," said Beaumont resident Farah Table. 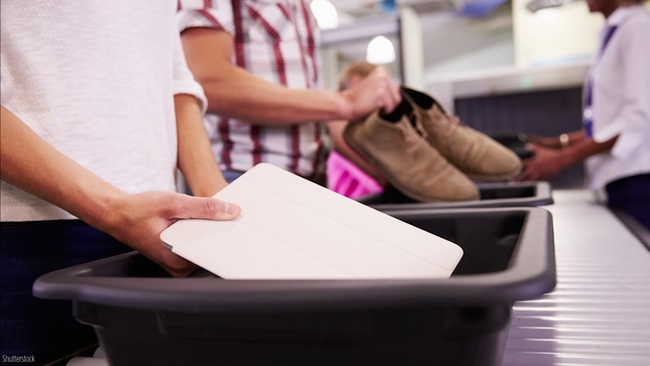