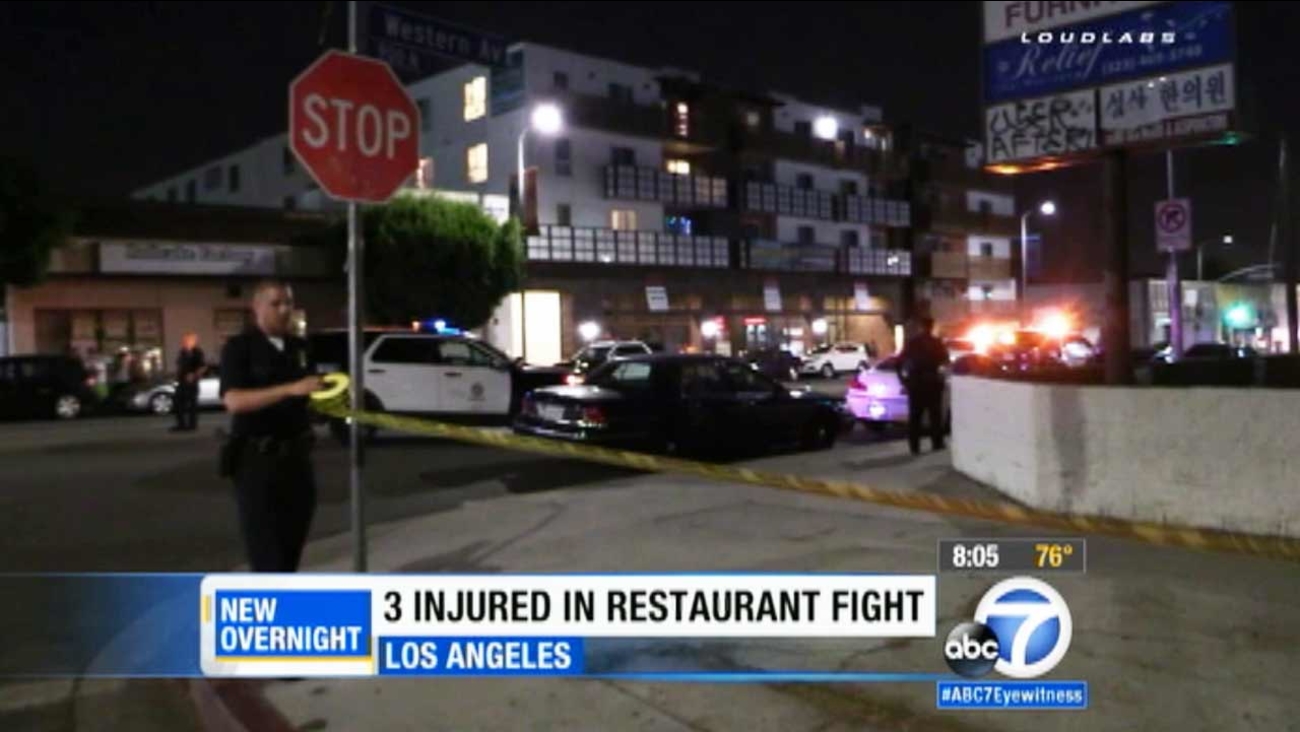 Los Angeles police responding to a shooting and stabbing at Little San Salvador Restaurant in the 900 block of N. Western Avenue in Hollywood Saturday, Aug. 15, 2015.

HOLLYWOOD, LOS ANGELES (KABC) -- One man was fatally shot and two others were stabbed following an altercation at a restaurant in Hollywood early Saturday.

The altercation occurred at Little San Salvador Restaurant in the 900 block of N. Western Avenue at about 12:30 a.m., according to the Los Angeles Police Department.

The shooting victim was shot in the stomach and transported to a local hospital in critical condition, where he succumbed to his injuries.

Details on what led up to the dispute were under investigation.