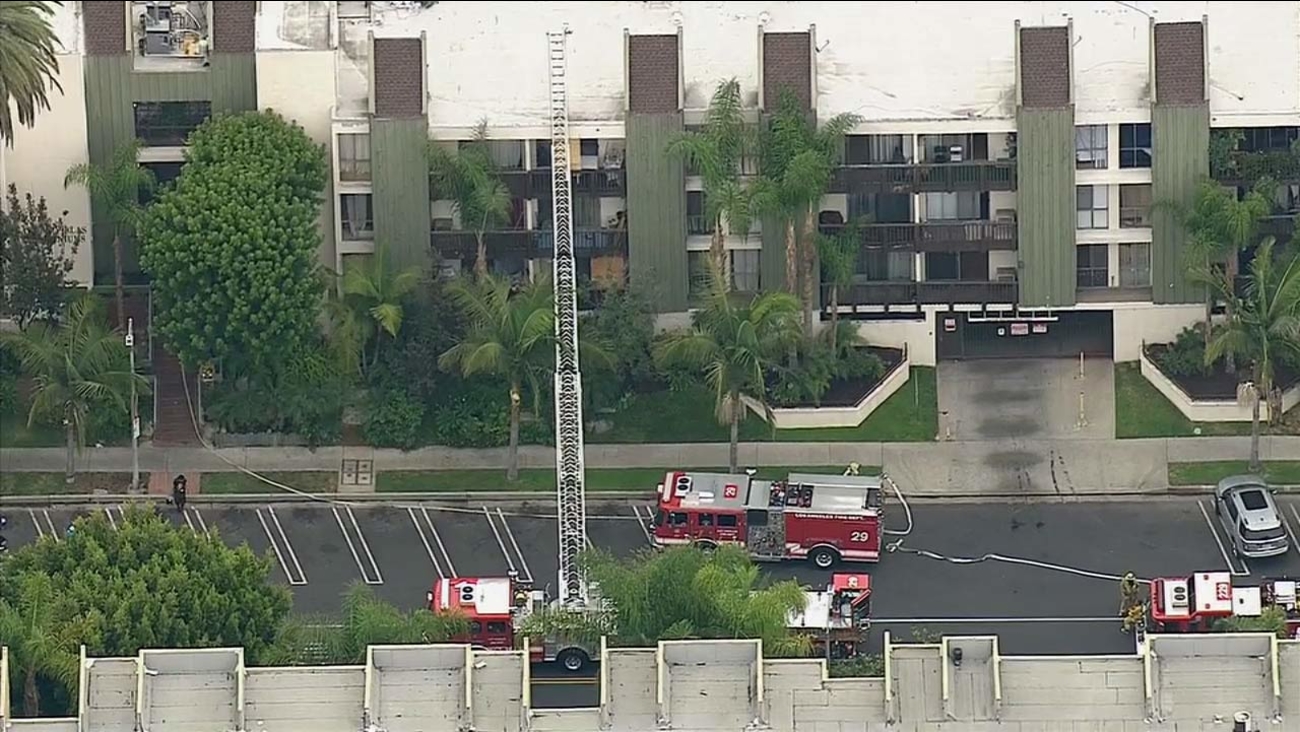 Emergency personnel are shown at the scene of an explosion at an apartment complex on the 300 block of South Ardmore Avenue in Koreatown on Tuesday, July 8, 2015. (KABC)

KOREATOWN, LOS ANGELES (KABC) -- One person has been detained following an explosion connected to a drug lab at an apartment complex in Koreatown on Wednesday.

The incident happened shortly before 9 a.m. on the 300 block of South Ardmore Avenue.

Several windows were shattered following the explosion, but there were no reports of any injuries.

The building was evacuated. Police said one female adult was taken into custody.