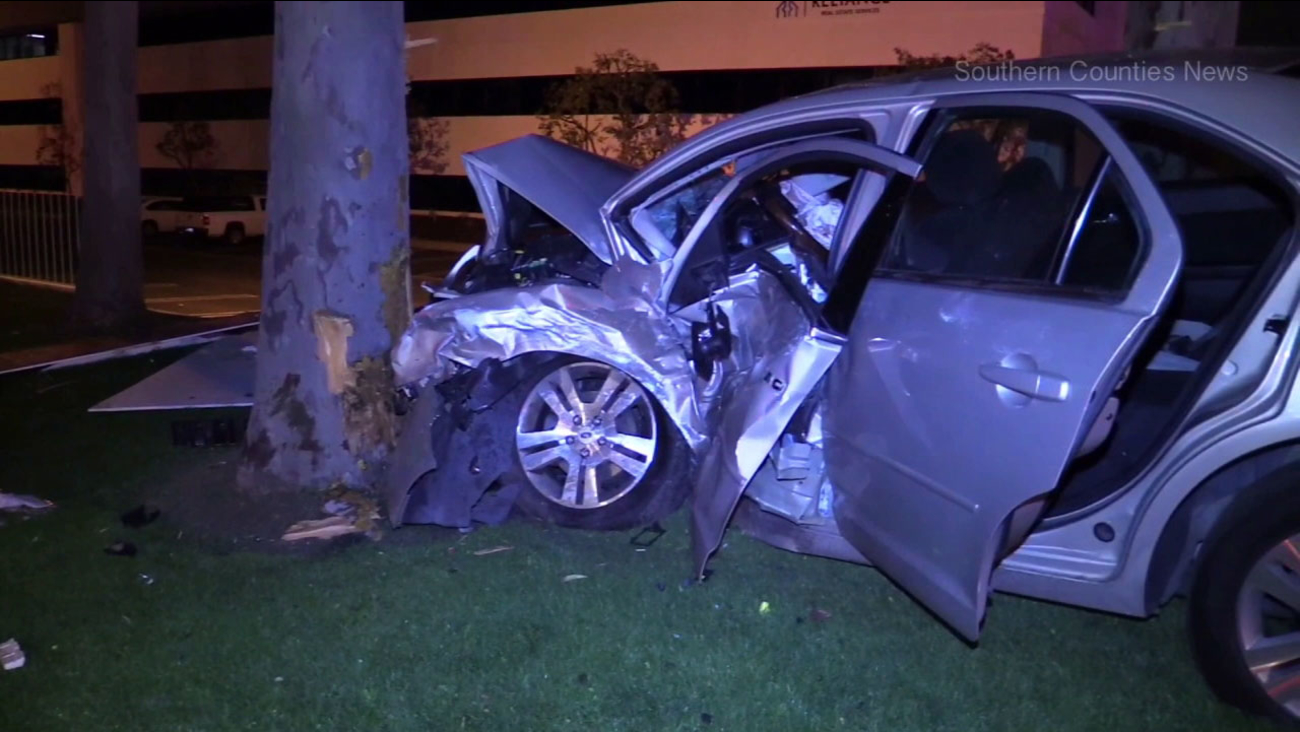 A vehicle seen mangled after crashing into a tree in a two-car collision that killed one person in Brea on Sunday, March 5, 2017.

BREA, Calif. (KABC) -- An investigation was underway to find out what caused a violent crash that killed one person and injured three others in Brea Sunday morning.

According to preliminary information, Brea police said it appears a woman in a 2007 Toyota Corolla was traveling southbound on Kraemer when she drove through a red traffic signal and struck a 2006 Ford Fusion that was traveling eastbound on Imperial. One of the cars slammed into a tree and the other ended up on a sidewalk.

Police said three people were pulled from the Ford Fusion and taken to the hospital in serious condition, though the injuries were not life-threatening, police said.

The driver of the Toyota Corolla was not wearing a seatbelt and was ejected from the vehicle, police said. She was pronounced dead at the scene. Her identity was not released pending notification of family.