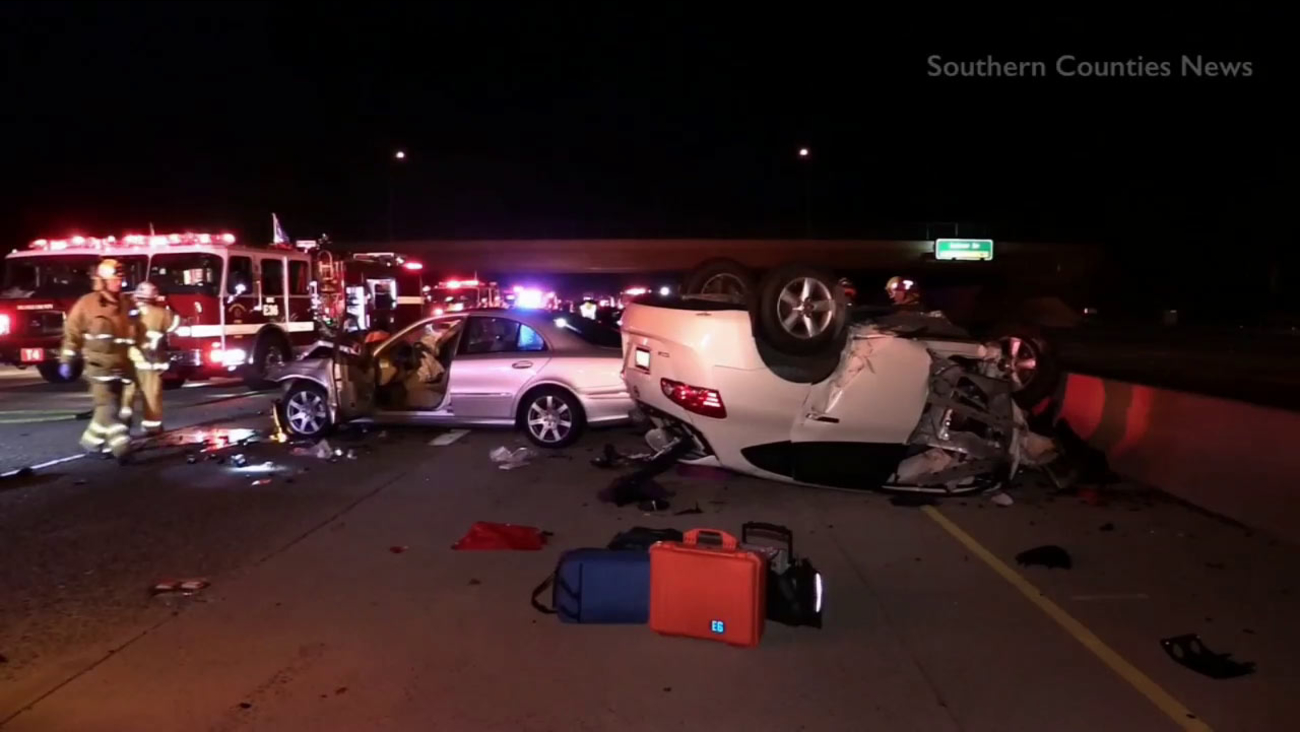 One person was killed and four others were hospitalized following a three-vehicle crash in Irvine Tuesday, Nov. 10, 2015. (Southern Counties News)

IRVINE, Calif. (KABC) -- One person was killed and four others were hospitalized following a three-vehicle crash in Irvine early Tuesday morning.

The wreck occurred shortly before 1:30 a.m. on the northbound 405 Freeway near Culver Drive.

It's still unclear what triggered the violent crash, which caused one of the cars to flip upside down.

The names of those involved in the crash were not immediately released.

Several northbound lanes of the 405 were shut down for a few hours following the crash. All lanes have since reopened.
Related topics:
irvineorange countycar crash
Copyright © 2020 KABC-TV. All Rights Reserved.
More Videos
From CNN Newsource affiliates
TOP STORIES