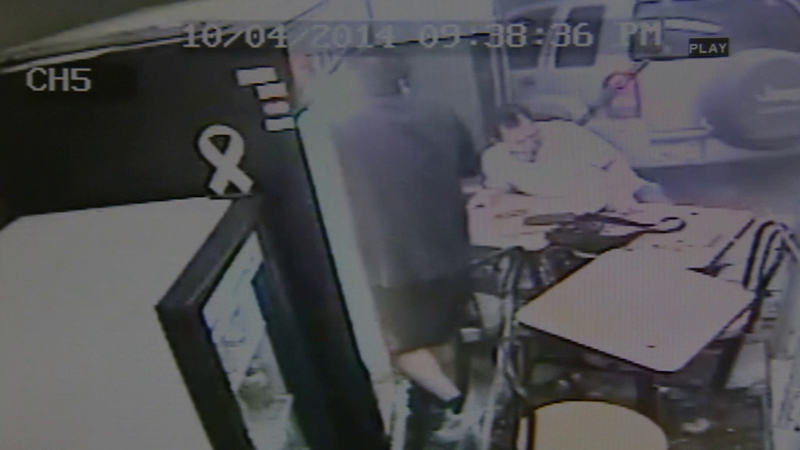 CANOGA PARK, LOS ANGELES (KABC) -- One person died and four others were injured after a car crashed into a doughnut shop in Canoga Park on Saturday.

Around 9:30 p.m. Saturday, a silver Jeep Liberty lost control in the parking lot, plowed through a doughnut shop, before stopping in the street in the 8300 block of De Soto Avenue, authorities said.

The driver was identified as 42-year-old Kristin Chang from Granada Hills. She was taken to a hospital and was later released.

The one person killed was possibly a transient who was a regular customer at the shop, shop owner Sivlai Chung said.

"He comes in here for a small cup of coffee every night, and I let him charge his phone," Chung said.

The four injured were customers inside and listed in critical condition.

Bruce Bowman was inside the shop when the crash occurred. He was knocked over, but not seriously injured.

"Just like getting hit by a bunch of metal, pushing against you at real high speed... it was like time just slowed way down," Bowman said.

A cause was not immediately known and charges were not filed.