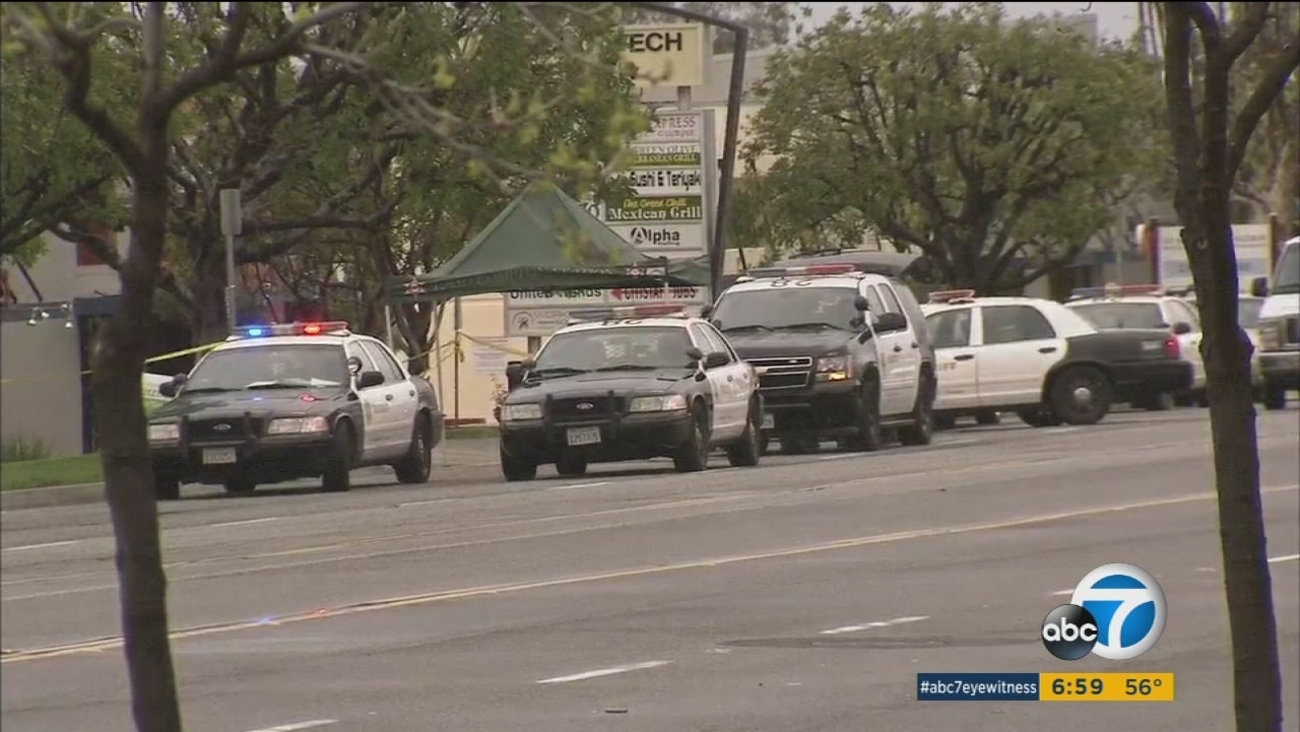 Authorities investigate the scene of a shooting that left one person dead and 10 injured in Compton on Sunday, March 6, 2016. (KABC)

COMPTON, Calif. (KABC) -- A man was killed and eight others injured in a shooting in Compton early Sunday morning.

Los Angeles County Sheriff's Department homicide detectives responded to reports of a shooting at a party in the 900 block of W. Victoria Street around 1:40 a.m.

When authorities arrived, a man was found shot and he was transported to the hospital where he was pronounced dead. Eight other victims were taken to various hospitals all suffering from gunshot wounds. Their conditions were unknown.

Authorities were searching for a suspect or suspects involved in the incident, but no description was released. No further information was immediately available.