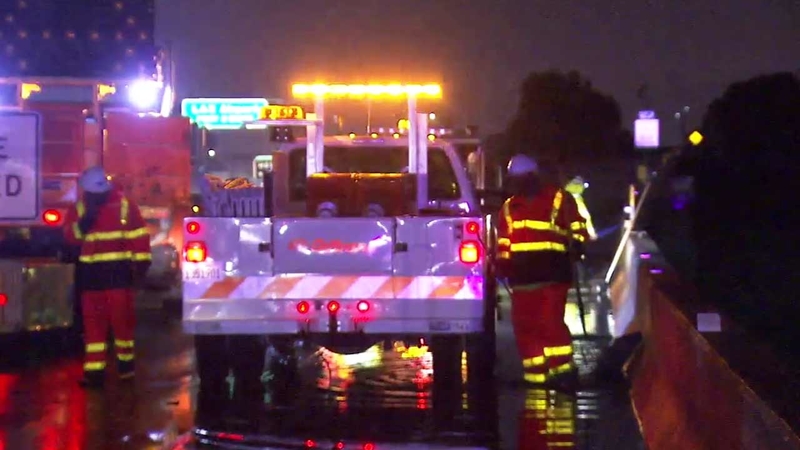 The crash was reported at El Segundo Boulevard at about 4:15 a.m., CHP Officer Francisco Villalobos said.

Traffic was backed up to Florence Avenue as CHP allowed all drivers to use the express lanes. All lanes on the southbound 110 Freeway were reopened shortly before 7 a.m.

This is the backup on the 110 SB approaching El Segundo Blvd exit in Gardena; CHP investigating deadly crash. pic.twitter.com/VypAt8IZjP

Freeway flooding also temporarily shut down the eastbound and westbound connectors from the northbound 405 Freeway to the 105 Freeway on the border between Hawthorne and Lennox, CHP said. The connector roads were reopened at about 6:30 a.m.