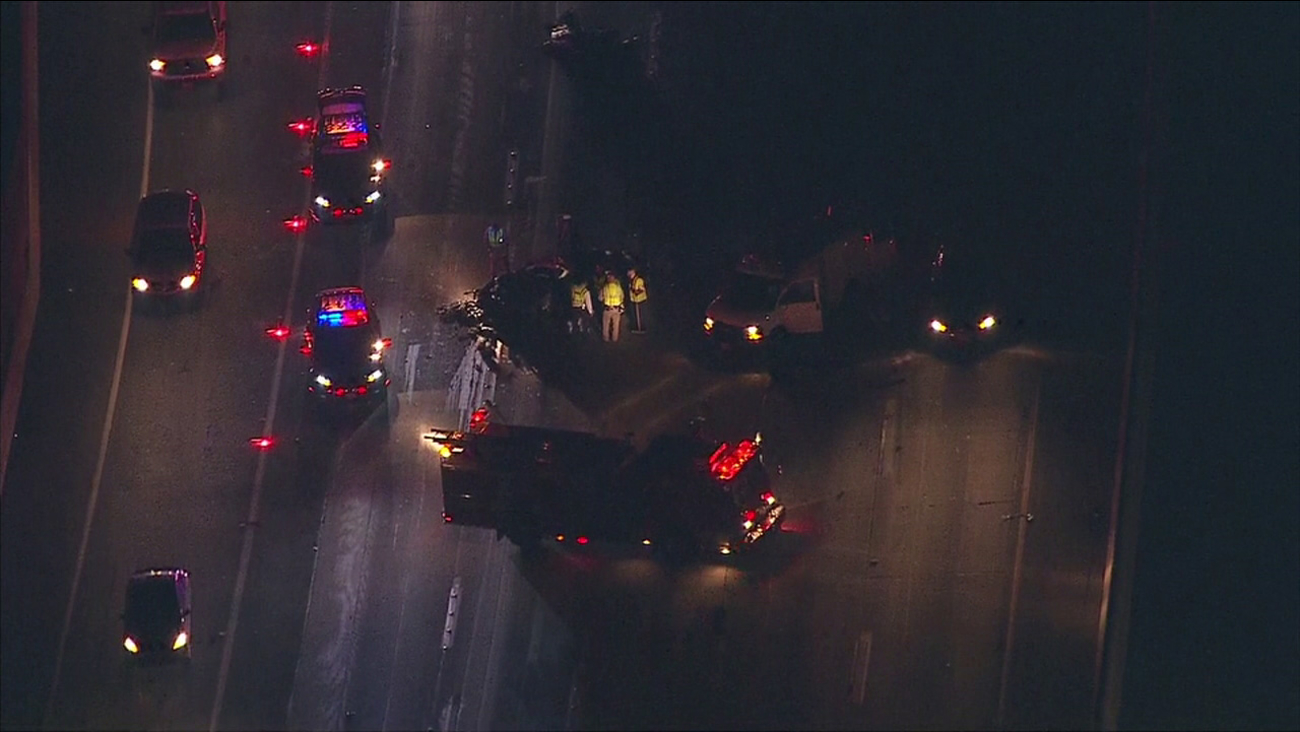 Highway patrol officers and firefighter-paramedics responded to a fatal multi-vehicle crash on the 10 Freeway in Montclair on Thursday, Oct. 13, 2016 (KABC)

MONTCLAIR, Calif. (KABC) -- One person was arrested on suspicion of driving under the influence following a wrong-way crash that left one person dead and shut down all westbound lanes of the 10 Freeway Thursday morning.

The multi-vehicle incident was reported at about 3 a.m. near Monte Vista Avenue, according to the California Highway Patrol, which issued a SigAlert.

Authorities said Christopher Olivas, the driver of a Chevrolet Tahoe, drove in the wrong direction and slammed into oncoming traffic.

The crash killed a 53-year-old woman driving a Nissan Sentra. Authorities said after the Sentra was hit, it then collided with a Chevy Traverse driven by a 29-year-old female Baldwin Park resident. The woman sustained minor injuries, police said.