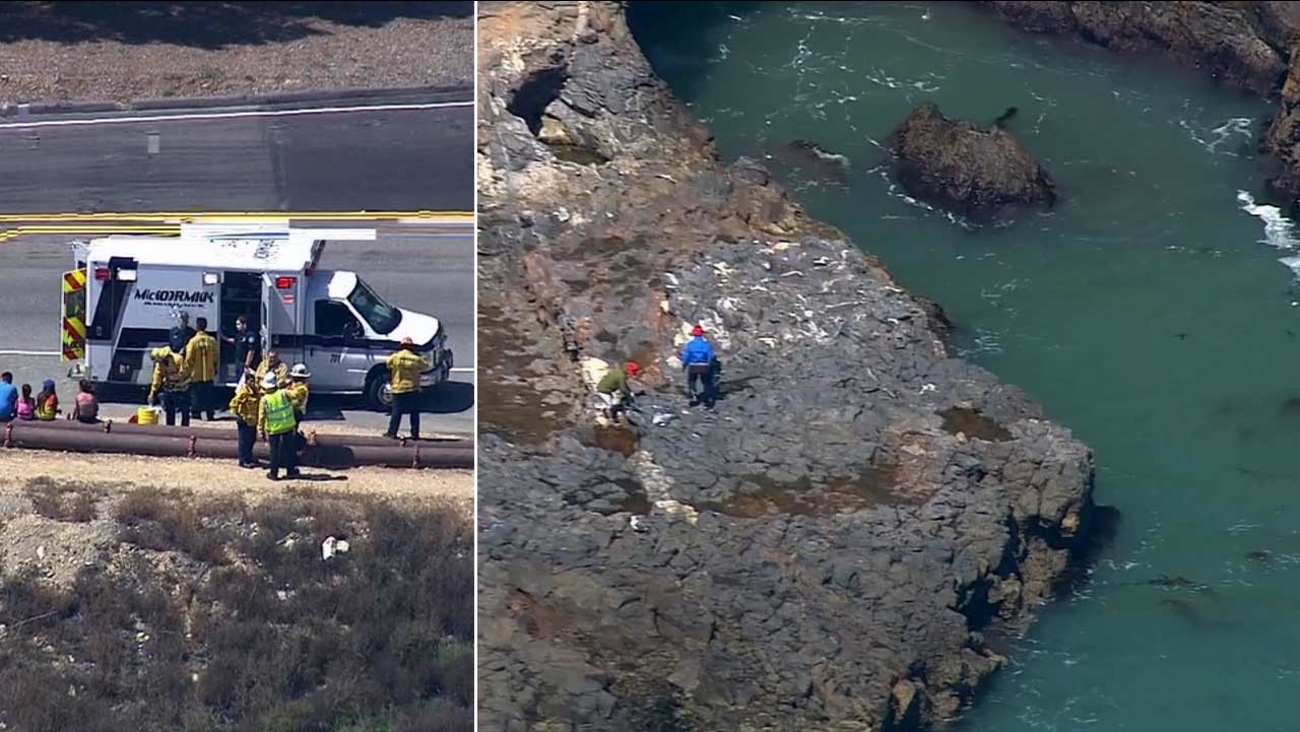 Two swimmers were rescued by lifeguards from Inspiration Point in the 5300 block of Palos Verdes Drive in Rancho Palos Verdes Thursday, July 30, 2015.

RANCHO PALOS VERDES, Calif. (KABC) -- A 20-year-old man who had been swimming near caves in Rancho Palos Verdes died Thursday after being pulled from the water.

Los Angeles County firefighters responded to a report of two swimmers in distress near Inspiration Point in the 5300 block of Palos Verdes Drive at about 2:20 p.m.

Responding lifeguards spotted the two swimmers, identified as two adult males in their 20s. One of the victims was rescued and taken back ashore with minor injuries.

The second victim was found unresponsive in the water and taken aboard Lifeguard Rescue Boat Baywatch Cabrillo. He was transported out of the cove and up the coast to a docking area where he was placed in an ambulance and transported to a local fire station in full cardiac arrest. Firefighters performed CPR on the victim to no avail.
Related topics:
rancho palos verdeslos angeles countybeacheswater rescue
Copyright © 2021 KABC-TV. All Rights Reserved.
More Videos
From CNN Newsource affiliates
TOP STORIES