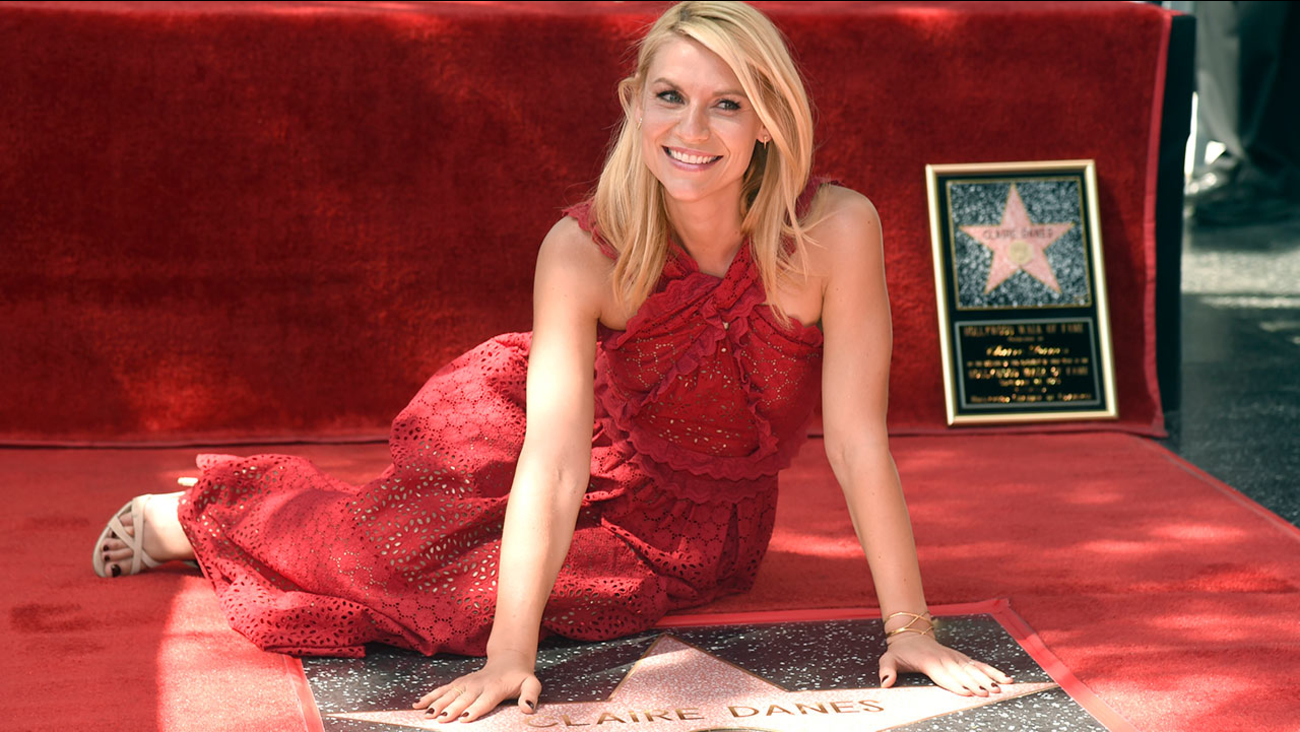 Claire Danes poses atop her new star on the Hollywood Walk of Fame on Thursday, Sept. 24, 2015, in Los Angeles. (Photo by Chris Pizzello/Invision)

LOS ANGELES (KABC) -- Actress Claire Danes was honored with the 2,559th star on the Hollywood Walk of Fame Thursday.

Her star was placed in the category of television and is dedicated in front of the White House Cafe.

Danes stars in the ShowTime series "Homeland," and she has won back-to-back Emmy and Golden Globe awards for her performance as Carrie Mathison.

The 36-year-old previously starred in the show "My So-called Life."