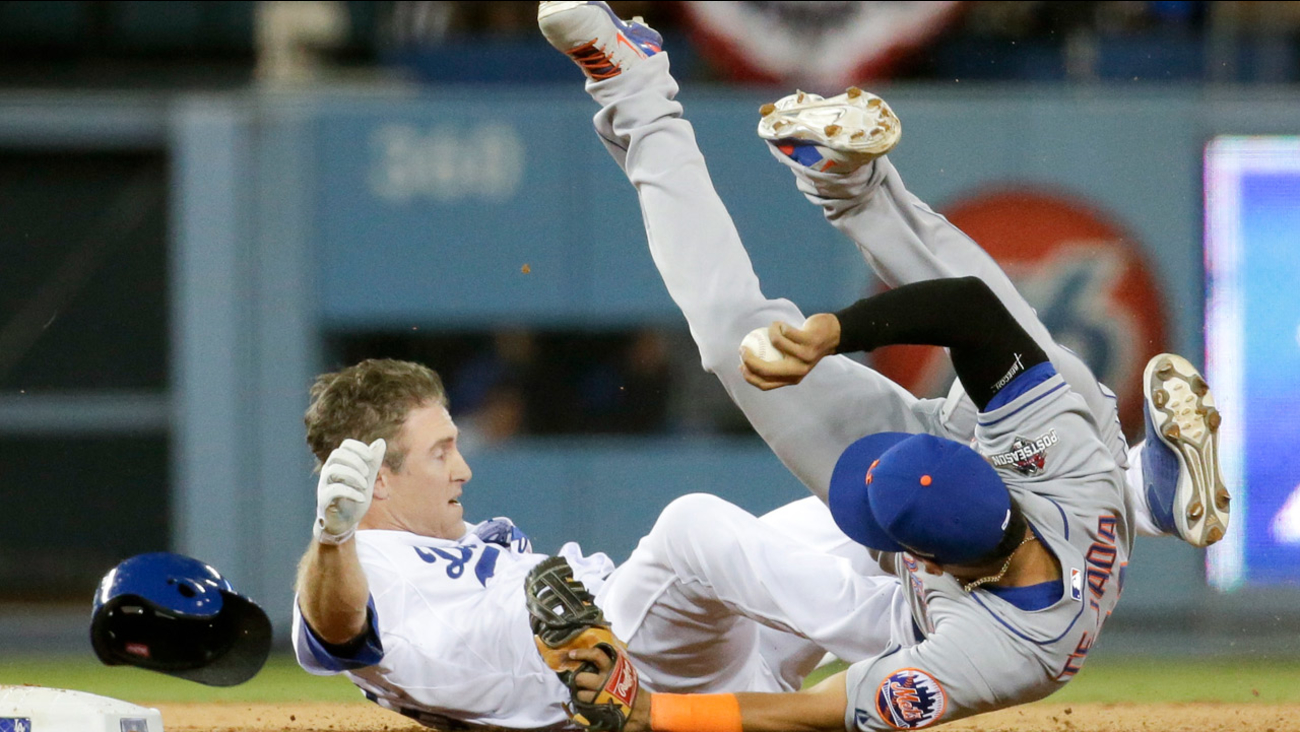 The slide, which happened at the bottom of the seventh inning on Saturday night, resulted in a broken leg for New York Mets shortstop Ruben Tejada. Umpires had ruled the move legal during the game.

"I recognize that there has been much commentary and many questions regarding the unfortunate play in last night's game in which Ruben Tejada was injured," MLB Chief Officer Joe Torre said in a statement. "After thoroughly reviewing the play from all conceivable angles, I have concluded that Mr. Utley's action warrants discipline.

While I sincerely believe that Mr. Utley had no intention of injuring Ruben Tejada, and was attempting to help his Club in a critical situation, I believe his slide was in violation of Official Baseball Rule 5.09 (a)(13), which is designed to protect fielders from precisely this type of rolling block that occurs away from the base."

Utley will appeal the suspension. The Dodgers issued a statement in support of Utley.

"The Dodgers stand behind Chase Utley and his decision to appeal the suspension issued tonight by Major League Baseball," the statement said.