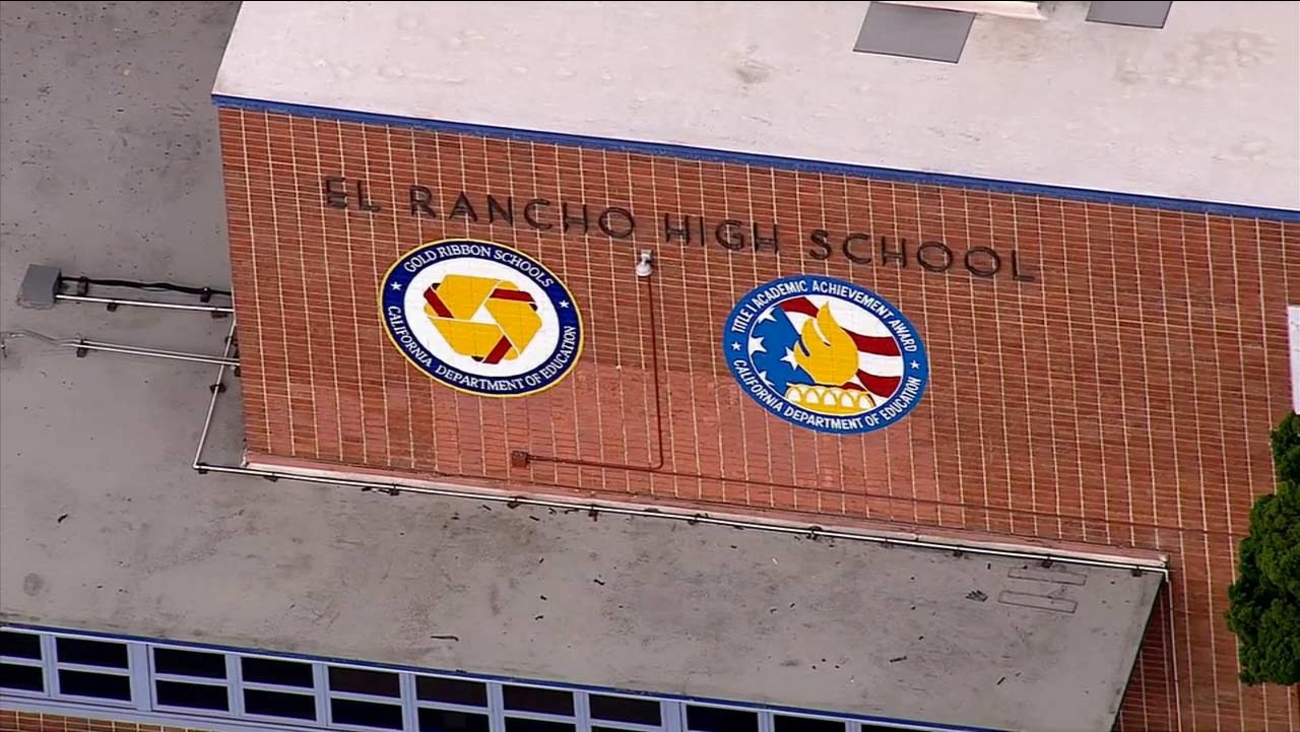 PICO RIVERA, Calif. (KABC) -- El Rancho High School in Pico Rivera was temporarily placed on lockdown Thursday morning after a student threatened to bring a gun and a bomb to campus on Twitter, the superintendent said.

Los Angeles County sheriff's officials said they received a call about the threat at 8:15 a.m. and immediately responded to the school in the 6500 block of Passons Boulevard.

Investigators said a student currently enrolled in El Rancho High School posted a tweet threatening to "shoot up the school" with a firearm. He also indicated he wanted to bomb the school.

The school was placed on lockdown and deputies located the student on campus. He was detained by sheriff's deputies without incident. No weapon or bomb was found. No injuries were reported.

The lockdown was lifted after investigators determined there was no longer a threat to campus safety.

Classes resumed as scheduled at 9:10 a.m., and counselors were brought in to talk to the students.

The identity of the student was not released. He's being held at the Pico Rivera Sheriff's Station.