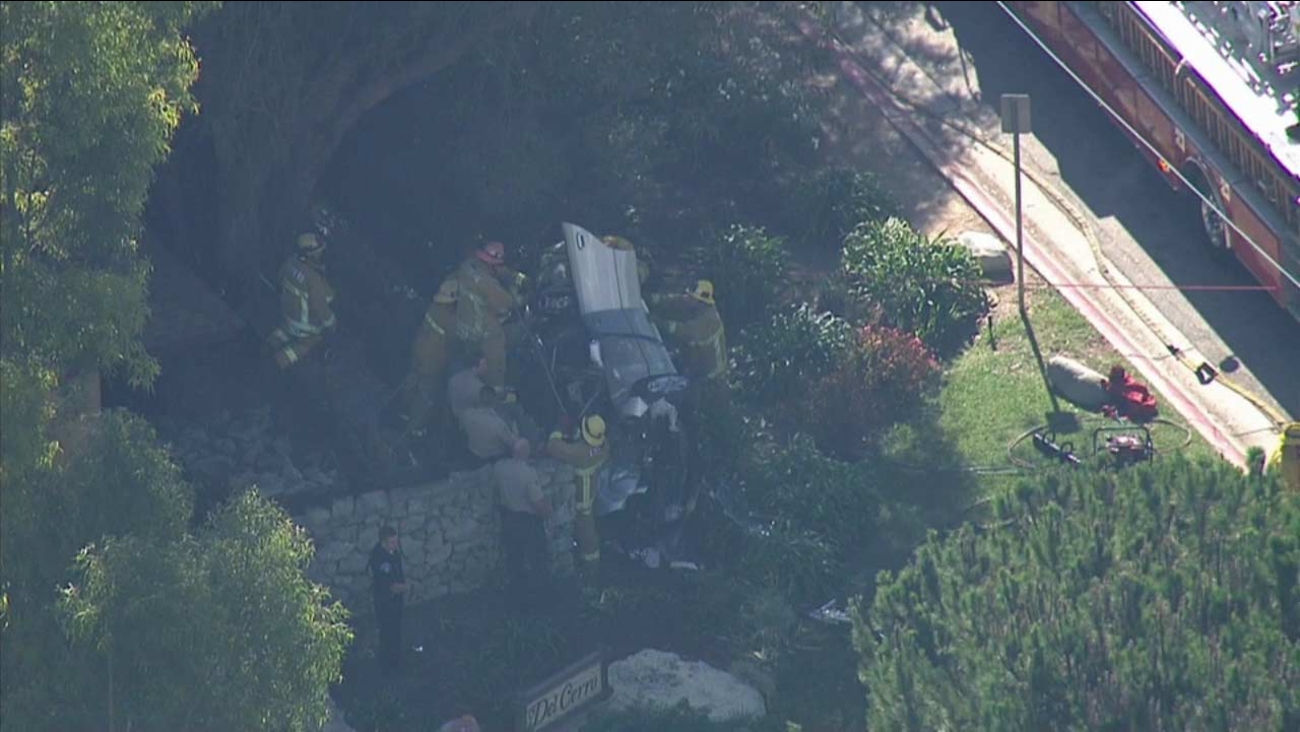 Burglary suspects led sheriff's deputies on a high-speed chase that ended with the car flipping on its side in Rancho Palos Verdes on Friday, Oct. 23, 2015. (KABC)

RANCHO PALOS VERDES, Calif. (KABC) -- Burglary suspects led sheriff's deputies on a high-speed chase that ended with a stolen car flipping on its side in Rancho Palos Verdes on Friday.

Following the crash, two suspects were taken out of the overturned vehicle, which came to rest near Crest and Seaview around 10:30 a.m.

One suspect became trapped inside the car but was pulled out by rescue crews.

Los Angeles County fire officials said a total of five patients were transported to area hospitals. They all suffered minor to moderate injuries.

Sheriff's officials with the Lomita station said the people in the car fit the description of suspects wanted for multiple burglaries, and the vehicle was stolen out of the Marina Del Rey area earlier in the day.

All five suspects, who ranged in age from 14 to 17 years old, were later arrested.

Property stolen during two residential burglaries was recovered, according to authorities.